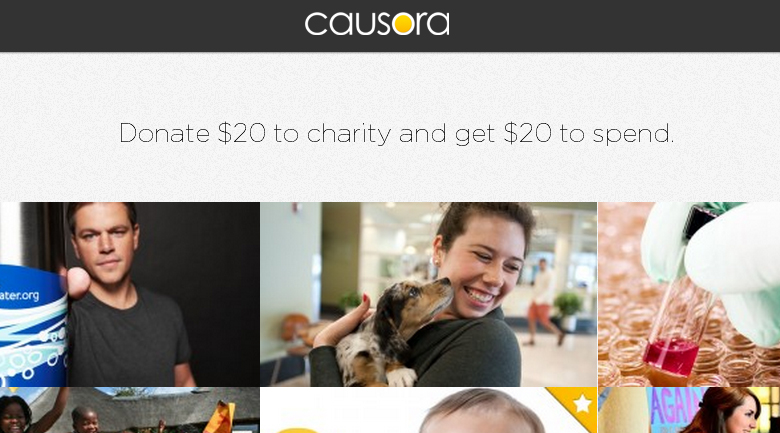 Causora re-launches with a bang

Using Causora is as easy as picking your favorite cause/charity and making a donation. You will then get the equivalent value in Causora credits, so if you donate twenty dollars, you will receive twenty dollars in credit to spend. You can then redeem your credit with local, socially conscious merchants.

Right now, rewards are limited to the Los Angeles, OC, and SF Bay Areas. However, in the next six months Causora hopes to have a nationwide campaign.

Through Causora’s platform, donors give more because they earn rewards. The feel good because they are supporting both their favorite charities (through their donations) and local merchants by shopping locally (through their rewards), with this model, businesses are able to philanthropic while gaining new customers. The causes earn more money because donors are giving more due to the rewards. It is a win-win situation for all parties involved.

Currently, there are over 150 nonprofit organizations and over 150 merchants have signed up to be a part of the program. As well as the plans for a nationwide launch, they also have plans to launch a mobile application to allow users to easily redeem credits. Causora will also be expanding its merchant partners into new verticals, including online products.

“A study showed that in 2012, donations to non-profits would plateau. Today, non-profits are looking harder than ever at how they can make better use of tools to continue to grow their donations year-over-year,” and Causora hopes to be the tool to answer this problem, states founder of Causora, Kai Buehler. And the market will need to look to these innovations and platforms to improve upon the outlook of the non-profit industry because for many “that rely on philanthropy…this is not just a tough year. This is going to be a tough era,” says Patrick Rooney, from the Center of Philanthropy at Indiana University.

If this business philosophy sounds familiar, you are right. Getting people to do what you need them to do by rewarding them, is one of the oldest methods of motivation. And for founder, Kai Buehler, it is commonplace. Buehler sold Watchpoints (the first app to reward viewers for watching television) to Viggle for three million dollars in 2011.

Before joining Viggle, Buehler was the CEO of Mobile Messaging Solutions (formerly VeriSign application business). And in 2000, he co-founded plan_b media and sold the company to Mindmatics, a T-Mobile venture. So, Buehler’s Causora platform could just be the answer to helping charities receive more funding, as well as encouraging people to become more philanthropic.

In this article:causora, Marketing, philanthropy