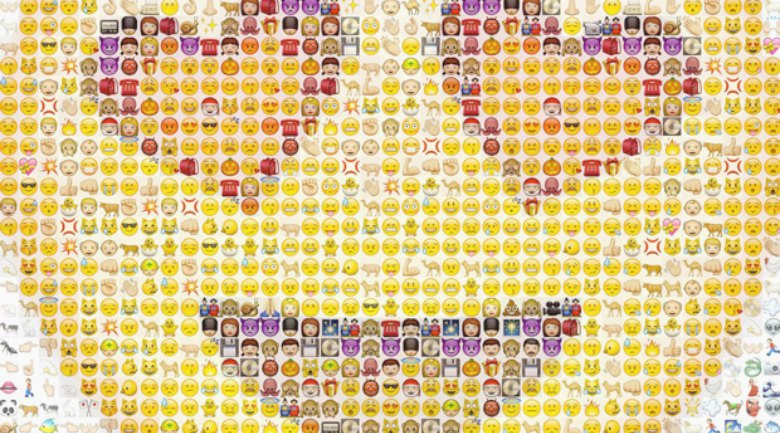 A picture is worth a thousand emotions. At least when it comes to emojis. The modern-day hieroglyph expresses complex thoughts or emotions, with simple pictures.

They may be simple in concept and design, but emojis revolutionized the way we communicate. The icons provided us with new ways of expressing and connecting with each other. It is often difficult to communicate emotions via text. Emojis filled in where text couldn’t, by enabling us to communicate nuanced emotions that just can’t be achieved with simple text.

A part of the culture

With the advent and increased use of digital communication, it is not surprising emojis have become embedded into society. They provide us with the ability to not only communicate complex emotion, but to do so in a fun and playful way. Their simplicity and functionality have resulted in their widespread adoption. Surprisingly, 92% of the online population uses the playful icons. And they aren’t limited by geography, age, or race. Women do report using emojis more frequently than men.

Moreover, the integration of emojis into most communication platforms almost guaranteed the icons would become incorporated into into everyday use. Emojis were introduced to Gmail chat in the mid-2000s. Apple released the emoji keyboard a few years ago and, as of a few months ago, Instagram began allowing emojis in hashtags.

Like most pop culture trends, marketers are always looking to resonate with consumers in new, innovate ways. Especially, if it means they can resonate with 92% of the online population. Emojis are a quick way to capture attention and garner engagement. The icons also transcend language barriers, allowing brands to communicate across borders.

What started out as a pop culture communication craze, has evolved into a marketing trend.
Myriad brands have started incorporating emojis in their marketing efforts. Bud Light’s emoji American Flag tweet on the 4th of July is just one example. When promoting its new “order pizza via Twitter” service, Domino’s sent out tweet after tweet written almost entirely using pizza emojis. Even the World Wildlife Federation got in on the action with their Endangered Emoji campaign.

This trend isn’t likely to slow down anytime soon. Emojis have taken over the marketing world, with an array of brands using them to resonate with their audiences by using the language consumers speak.