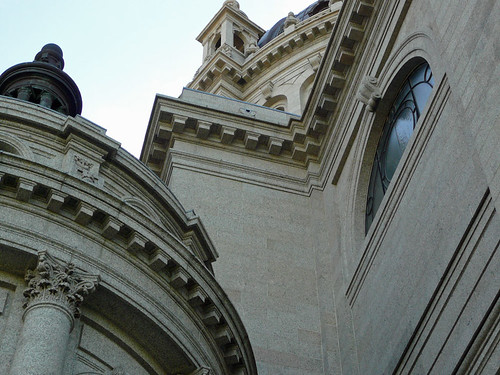 The last couple of months have been busy, leaving me little time to write a post for one of my favorite blogs. I don’t have time to do one now, but I put my phone on silent and am ignoring my email.Sometime in April I wrote a post on Agent Genius about social networking with photos, and about how Flickr is one of the greatest social networking tools ever created. Much has happened since I wrote that post. I have been on a couple of photo walks with people who live in my area, and made some new friends. I am discovering that it isn’t just photographs that start conversations, cameras do too. On the first photo walk I attended I watched as a diverse group of people stood in a circle, introduced themselves, and then introduced their camera’s.

A couple of weeks ago, I bought a new lens for mine. There is a learning curve for any lens and this one is a wide angle that I need for interior property shots of my listings. I brought the camera and new lens downtown with me, met with a client, showed him some lofts, and then headed back to my car for the camera, and some target practice. I wandered around shooting pictures here and there, so I could try the lens. I went out into a street and started using one of my favorite building for target practice, the horn honking did not get my attention. It wasn’t until I heard someone calling my name that I decided to get out of the street.

He identified himself as the person from the local convention bureau who has been sending me email. He found my photos on Flickr and contacted me. We now have an agreement in which I supply photos for the visit Saint Paul web site, and for some printed materials designed to promote St. Paul. One of my photos was selected for an “explore Minnesota” flyer.

An exciting opportunity for me. There are photos of St. Paul on flickr that are better than mine. I believe that mine were selected partly because they are easy to find, and because I am easy to find, and contact. I use Flickr as a tool for my business. Photos are labeled, tagged and put into sets. I network with other Flickr users and leave comments on their photos. I participate in contests and must belong to 20 groups. It all takes time but I love doing it and it has been good for my business.

Now they call me “the photographer”, it has a nice ring to it, and I guess it is true. I could never explain how it all happened but I like it. It doesn’t involve any extra work, with my web sites and blog I have endless uses for photos.

None of the pictures I took that day, as I dodged traffic turned out. I learned some important truths about wide angle lenses, the camera needs to be kept level, and if the lens is put on it’s widest setting, the pictures are kind of weird. I managed to shoot one where it looks like all of the buildings on St. Peter street are leaning, into each other.