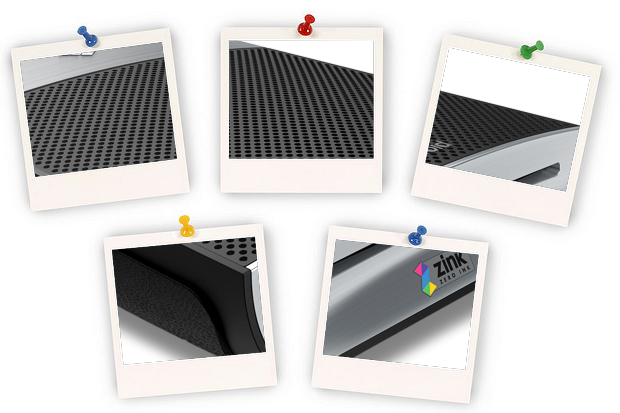 When Polaroid announced they would no longer create the instant film experience of the past, few Americans that were still using Polaroids (artists, party promoters) were saddened, and others became nostalgic for yesteryear. Their PoGo product hit the market in 2008 but has seen little adoption with most users complaining of poor quality which would apparently be acceptable if the printing paper was thick and had a thick frame like old Polaroids, but not when a portable printer simply acts as a poor substituted for a non-portable printer.

Polaroid has now released the Grey Label GL10 which is an instant mobile printer that works wireleslly via Bluetooth (or via USB cable) which is said to be a much higher quality product which makes adoption more likely. The device uses ZINK (Zero Ink) printing technology which embeds color into the paper so no ink cartridges or ribbons are necessary, and it is light enough and small enough to carry in a purse or carry along in a car console.

Images printed as either a full bleed 3×4″ photo, a custom frame, or the classic Polaroid border in just over half a minute. The GL10 is a second generation product, so the chances are much higher that they have worked out the bugs of a first generation. The printer also works with any of the Polaroid apps on Android or Windows phones, but we imagine using images from the Instagram app would be the most popular use of the printer. The refills are around $20 for 30 sheets, which is less than ink for a traditional printer in many cases and while the device is currently $150, their last generation products dropped in price over time, so this could eventually drop as well.

We see a number of uses for the Grey Label GL10 ranging from a vendor booth at a conference to take pictures of attendees with their mascot on the spot, or for a Realtor to take a quick shot of their clients in front of the house they just chose and handing it to them in under a minute, or a wedding gown boutique taking instant shots of how a bride looks in her dress to compare side by side. Instant validation or gratification can help people make decisions or affirm those decisions, so this device has a great capacity for being helpful to a variety of professionals.

AGBeat is not affiliated with Polaroid.

In this article:featured, Marketing, photography