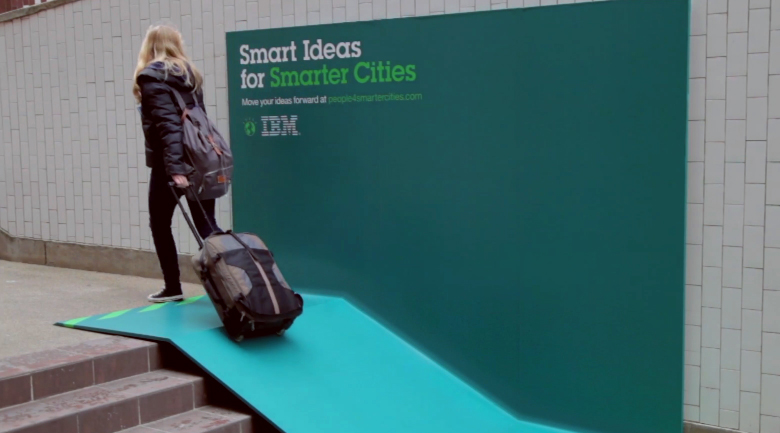 IBM, not satisfied with the state of the world’s cities, has created a new mission: smarter cities. Whether it is infrastructure, environmental, emergency response, beautification, energy, public safety, transportation, or government, IBM is working to help improve cities around the globe.

Utilizing the power of the internet and social media, IBM created a webpage called People for Smarter Cities as a central hub for all “doers, thinkers, problem solvers, creators and dreamers” to share their ideas and strategies for making cities smarter. Having worked with over 2,000 cities in this way, they’ve become experts on how to achieve these goals in new and innovative ways.

Every city is different

Mark Cleverly, IBM’s Director of Strategy and IBM Global Government Industry, says, “Every city is different. Every city has its own unique conjunction of circumstances, demographics, of capabilities, and of problems.”

John Gordon, Director of the IBM Smarter Cities initiative states, “IBM has a pretty unique role to play… One of the things we’ve found over these 2,000 engagements is that the patterns underlying how cities can become smarter are very, very similar.”

Launching at a tourist destination

One of the cities IBM focused on recently was Rio de Janeiro, a top tourist destination struggling with natural disasters, aging infrastructure, and high crime rates. The city is preparing for two major sports events – the World Cup in 2014, and the Olympics in 2016. With IBM’s help, Rio has combined 30 different agencies into one centralized hub for information and resource sharing to help improve and streamline processes. The result? A 30% increase in emergency responsiveness.

Another example of the smarter cities concept implemented by IBM is a new sculpture in Rio de Janeiro, made completely out of used plastic bottles and lit from within at night.

In June 2013, IBM released a new marketing strategy using advertisements with purpose. The ads, each featuring a colorful design along with a little curve, are used in a multi-purpose method to provide advertising as well as a bench, a shelter from the weather or a ramp over stairs in high traffic areas.

The dual purpose ads have received both praise and criticism but it’s obvious from IBM’s video (below) that the functional ads are of better benefit to cities and residents than graffiti-laden brick walls or people sitting on the ground. IBM is a global technology solution provider and earned $105 billion in revenue in 2012.