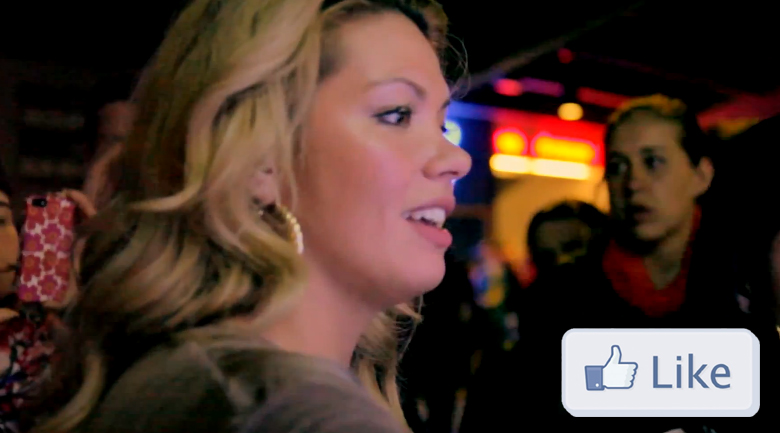 Want a free soda? I’m a sucker for a free sample… as it turns out, many people feel the same. Pepsi is trying a new way of giving samples of their famous cola, which is still no-cost financially to samplers, but could potentially reap massive amounts of revenue by sending specific information about each person back to the company.

Together, PepsiCo and marketing agency TBWA Belgium created the Pepsi Like Machine… which operates only via Facebook “likes.” In exchange for your “like,” you receive an ice cold soda. You have the drink, they have your information. According to TBWA’s website, interacting with the machine is a simple process, “Just use your smartphone, go to likepepsi.com, connect with your Facebook account, like the Pepsi Facebook page and get a free Pepsi.”

Pepsi ensues that only people near the machine were offered the free sample, via the smartphone’s location settings. Also, those without a smartphone can also receive their drink using a 42-inch built-in touchscreen to log-in to Facebook to issue their “like.” Also, a built-in timer automatically logged out each sampler from their account, once they received their product.

This is an ingenious way of not only sharing their product (but seriously, who hasn’t tried Pepsi?), but also this allows PepsiCo to pinpoint exactly their target audience. In one video that showcased the machine recently at one of Beyoncé’s concerts in Belgium, they said, “And thanks to this new way of sampling, we know exactly who liked, tried and enjoyed an ice-cold Pepsi.”

CNET blogger Amanda Kooser states, “The touchscreen and free sodas are certainly a draw, but the Pepsi Like Machine is all about collecting data. The samples no longer just disappear into the night, they’re connected with personal information. It’s an advertiser’s dream.”