Okay, so as much as Broker School is a pain in my patootie, the instructor had what I thought was an excellent idea the other day. Not at all related to the class material, but useful none-the-less.

Those of us in escrow states – you know that awkward moment after the signing when the escrow officer leaves the room for like 10 minutes to go make copies and you sit there and make lame small talk with your Buyers? (In my state, they don’t get their keys until several days after signing, so it’s kind of an anti-climactic moment.)

Take the Time to…

What if you took that time to give them some sort of pre-closing package? Sort of a what-to-expect-next folder that would actually be useful. You could include all kinds of things, like:

You get the idea. You might even throw in a few cards, ask that if they’ve had a good experience, that they tell their friends, if that’s your style. Might be a good time to give them a short service survey too, with an envelope to mail it back to you.

If you wanted to get fancy, you could have big plastic envelopes made with your branding, give them fresh copies of the contract and inspection reports, all their purchase documents, cram those in the folder with those copies from escrow, and then they’ll have their entire transaction in one place, and easy to store.

There must be a million good things to include in a packet like that – things you’ll know they’ll be needing in the term of their home-ownership. What else can you think of to include? 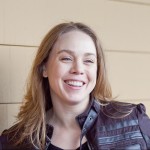