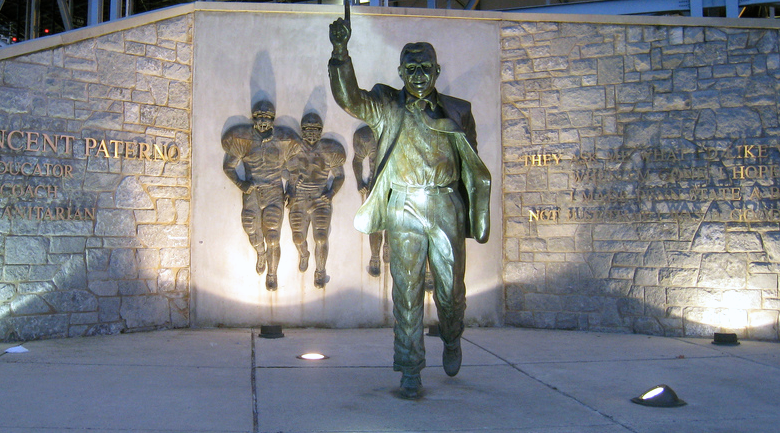 Paterno family’s efforts highlight what not to do

Your company can take lessons from the Paterno family’s wrongheaded and sustained campaign to repair Joe Paterno’s legacy. Over the weekend, Paterno’s family launched a media campaign that will indefinitely be cited in crisis management textbooks of what not to do.

Personally, when I hear the name “Paterno,” I will forever think of the man who chose never to act in any substantive way upon evidence he had a child molester working for him for years – and using his football program as cover. Absolutely nothing his family pays people to tell me will change my opinion of him and his actions even slightly.

Get this: among the rebuttals made by the family’s law firm to the report Penn State commissioned on where it went wrong and how to fix their system was a claim that investigators only considered emails they read and failed to consider what emails that no longer exist might have said.

One of the defenses I have regularly heard of Paterno has been that he cared about his players’ and co-workers education and careers far beyond only football. But among all of those Paterno supposedly cared so much about, the family now says Paterno “knew little of Sandusky’s personal life.” See how I key in on elements of the family’s actions that support my perspective?

No one will be moved by the family’s report or publicity campaign. Not one person. People who worship at the altar of Penn State football and never placed any blame on Paterno will feel mildly more justified in their position unless they actually read the nauseating 238-page report.

Now, consider your own business in crisis

Imagine that you or one of your employees really messes up or that you are under attack by adversaries of your company. There is a time it is advisable and proper to fight back aggressively to protect your company.

And then there is a time to just be quiet. In that time, you can only do yourself more harm by invigorating your adversaries and keeping the story alive.

Do you think you would be able to separate your emotion from the proper stance you need to take in such a moment?[/span10][/row]