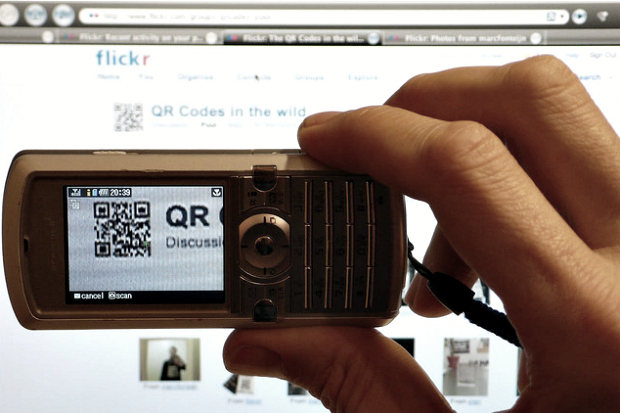 Use of QR codes

We have long asserted that QR codes are a passing trend, supported by various studies indicating that consumers just don’t understand QR codes, and even when they do, they don’t understand how to make them work nor do they desire doing so. On the other hand, many believe QR codes are the next biggest thing, time will tell, and many marketers are implementing them even if consumer adoption is low, in the event of reaching that niche demographic that desires the 2D codes.

According to a new study from Forrester Research, that niche demographic that wants and actually scans QR codes (2D bar codes) is up from one percent in 2010 to five percent in 2011, but the adoption rate may not be enough to justify the amount of money being poured into the technology, and we maintain that augmented reality has a better chance at going mainstream than QR codes do, as one creates a consumer experience while the other substitutes a lazy person typing in a short, memorable URL provided by an advertiser.

“Too few eBusiness professionals use best practices to offer consumers good experiences once they’ve scanned a bar code,” says Forrester researcher Julie Ask. “Bar codes are an execution tactic — not a strategy on their own. eBusiness professionals must first develop a mobile strategy before choosing to use 2D bar codes — a technology choice. They must also take into account the real-world elements involved in mobile user design.”

Recently, the Pew Internet and American Life Project reported that 35 percent of adults in America own smartphones, while various other reports claim it to be even higher. Of smartphone users, Forrester says 15 percent use bar codes, up ten percent in the last year.

Because of the built in bar code scanning apps on Androids, they are the main consumers of 2D bar codes with 23 percent of Android users scanning them, compared to 19 percent of iOS (iPhone devices) users and only five percent of RIM users and five percent of Windows Phone users, proving that the more steps a consumer has to take to access information brands attempt to share, the less likely they are to access it. Consumers are willing to use the codes, but only if it is as simple as possible, including their phone coming with scanning software – every extra step a consumer has to take risks their loss of interest.