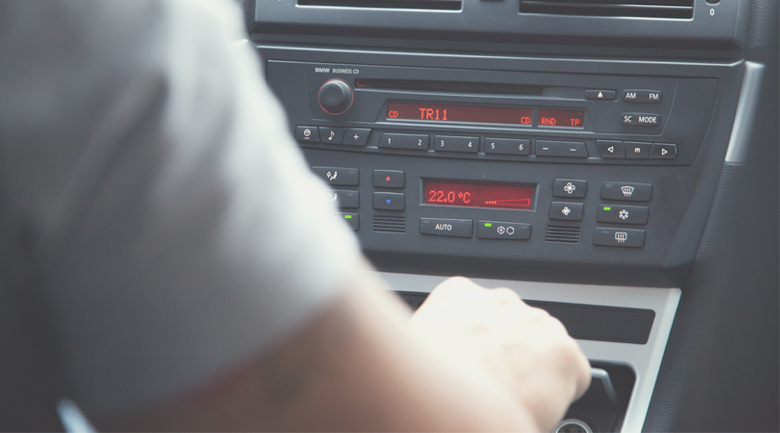 The radio is an incredible part of history. When Italian inventor Guglielmo Marconi came up with the first radio in 1896, the world was in awe at how a machine that could transmit audio through a wireless signal. It soon became standard in every household in America, and people spent hours huddled around the radio, listening to showtunes, news, and stories.

Aside from the entertainment aspect, it was also the first method of “digital” marketing. That’s right. Contrary to popular belief, “digital marketing has nothing to do with the internet,” according to Neil Patel, an influential marketer and entrepreneur. “[It’s] any form of marketing products or services, which involves electronic devices.” In other words, advertisers have been using digital advertising through radio to spread the word about their products and services in a widespread fashion since the early 20th century.

However, 100 years later, digital marketing took on another name. It no longer revolved around the radio. Instead, it became recognized as anything to do with the internet, including smartphones, apps, social media, blogs, and advertisements. People began to forget about the radio and how incredible it could be.

But that doesn’t mean that radio advertising is dead. On the contrary, it’s alive and well; it’s just evolved since the first radio advertisement went on the air.

Internet radio is a huge apportunity

According to an article from Forbes, internet radio has the potential to be huge, and it’s already become extremely pervasive. Music is one of the most popular forms of media on the market today. Though television, films, and books are extremely popular forms of entertainment, they can’t travel with consumers like music can. For that very reason, internet radio has taken off, and with it, so have advertisements.

Patel points out several important facts about the boom of radio that was brought on partially by internet streaming. He says that 85 percent of the United States population listens to the radio every week, and those who listen daily will do so for 2 hours on average. That’s a major profit opportunity for radio advertisements.

What’s more, Pandora has 80 million users, which equates to about $4 billion in profits made from advertisements on internet radio. Though Pandora was one of the first, other companies are looking to make money in the same way with better services. Spotify and Vevo, for example, have their own streaming services that make their profits off of ads, and consumers love these free internet radio services.

One of the most lucrative aspects of radio advertising is the benefit for local businesses. Though major chains and corporations, like Dairy Queen, Cadillac, and Jack-in-the-Box, capitalize on radio ads every day, local businesses can make a mint off of their radio jingles because of the capacity for brand imprinting. The big name corporations also engage in a variety of expensive, mass-marketing strategies that small, local businesses can’t expect to compete with.

Radio ads are the perfect way for mom and pop shops to attract customers. It’s excellent for brand imprinting, meaning that customers who hear a brand mentioned over and over on the radio are more likely to enlist their goods or services when they need them.

Enjoy the resilience of radio marketing

Perhaps the most compelling fact about radio marketing is the resilience. As mentioned previously, it’s been around for nearly 120 years, and it’s still going strong. It continues to expand and become more accessible to users all over the world. Because of the history and world-wide recognition, it’s able to keep up with changes in technology as they come.

Radio has been bringing people together for centuries, and it continues to do so through a variety of mediums. It’s a top source for music discovery, which is excellent motivation for consumers to tune in, and as consumers tune into a radio station, advertisements do their work, bringing in revenue for both the station and the advertisers.

In this article:Marketing, radio advertising