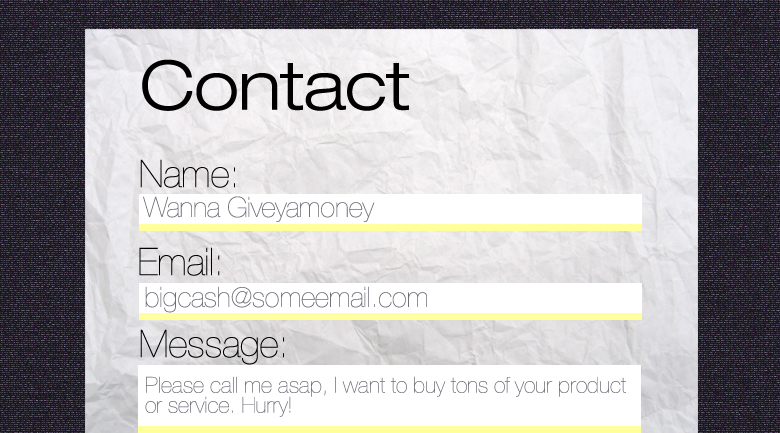 According to a new InsideSales.com study, there is a systemic failure on the part of website owners to respond to consumers visiting their sites, with 41.4 percent not responding in any way to a basic contact form being filled out, and of those who actually responded, the median first response time was around 2.5 hours.

This presents a major opportunity for small businesses with a web presence, knowing that competitors are unlikely to actually respond to basic web contacts, but serves as a reminder to “secret shop” potential competitors on a regular basis to determine their strengths and weaknesses.

A technology called the ResponseAudit system tested how quickly and persistently companies are contacting web leads, which begins with a “secret shopper” who fills out contact forms on websites, recording all call attempts, email messages, and timestamps for each response within the next two weeks.

InsideSales found that nearly one in three companies took over 24 hours to respond to the secret shoppers, and only 5.0 percent responded in under five minutes. The study also focused on persistency, and even when combining phone and email, the average number of response attempts was 1.7 wth only 22.5 percent of companies making more than two attempts.

The study says, “companies are giving up calling on leads far too quickly. To compound the problem, since many companies likely have contact rates under 50% per call, most leads will probably not be contacted on the first phone call. Since most companies do not call again, there is a lot of potential revenue in leads that have not been given a fair chance.”

So how persistent should a company be?

InsideSales asserts that assuming every contact attempt has the same probability of reaching the lead, it would take four to 11 attempts to reach over 90 percent of leads if contact rates are between 20 percent and 50 percent.

We would note that most companies will never take on that many attempts not only due to manpower but for fear of being too pushy, but it is interesting to observe that all of this data pertains to warm leads, to consumers that reached out to the company – this isn’t cold calling we’re talking about here. 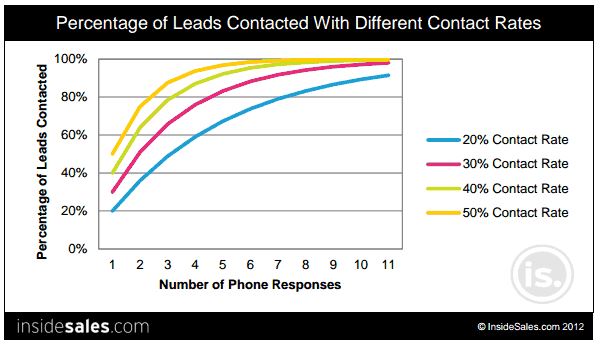 Companies’ perceptions of themselves are wrong 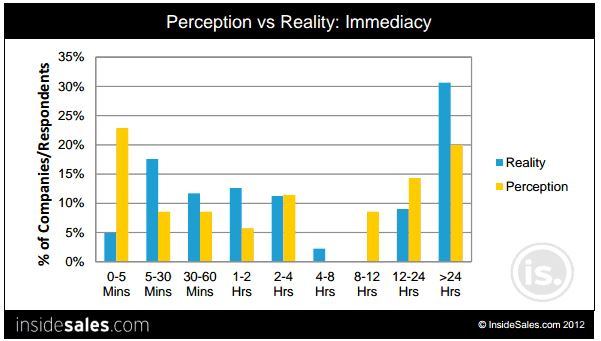 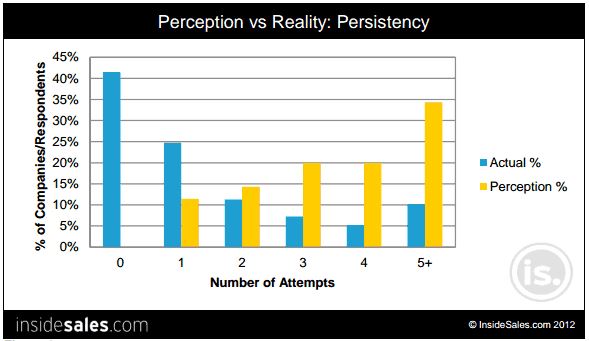 While some of these cases may simply be companies failing to use a CRM or basic technologies to track leads, other cases are simply leads falling through the cracks due to human error/unwillingness.

“Companies have shown that they have lofty perceptions of how they respond to leads,” the study concludes. “However, performances do not meet their expectations. Companies should take a hard, honest look at how their company is really performing, not just in responding to leads, but in all areas.”

In this article:lead generation, leads, Marketing