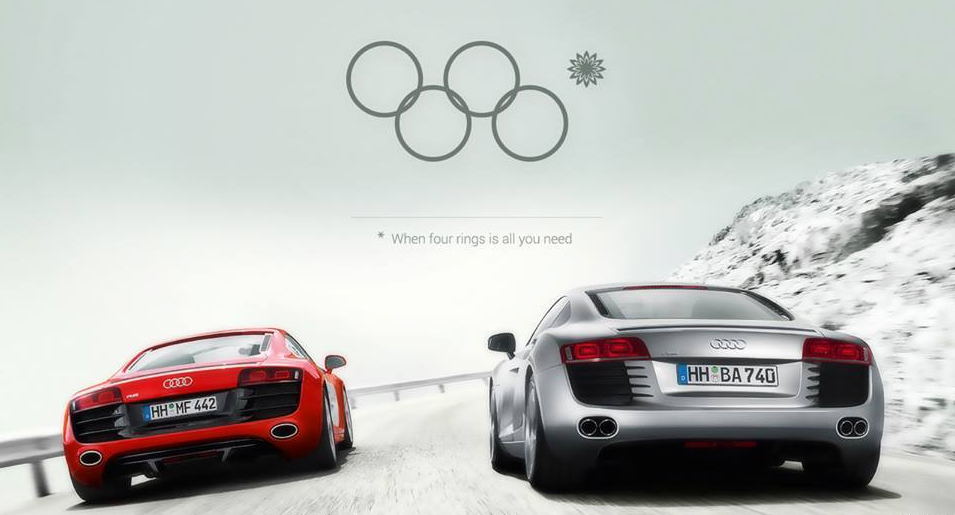 If only this Olympic ad was real!

During the opening ceremony at the Olympics currently underway in Sochi, Russia, one of the interlocking rings malfunctioned, creating four rings and a BP-looking asterisks instead of a fully formed ring.

It immediately became parodied all across the web, and rumors even flew that the technical specialist in charge of that portion of the show was murdered for his failure (which was proven to be false and based on reporting by Russia’s version of The Onion).

The above photo is a mock ad that surfaced shortly after the malfunction, with many people passing it around as a real ad issued by Audi, but alas it has been debunked, simply making use of a stock image directly from Audi.

Some are mocking the people that thought the fake ad was real, but given Audi’s cleverness and quick reactions at other times in the past, it wouldn’t be a big surprise. For example, when the lights went out at the Super Bowl last year, they tweeted, “Sending some LEDs to the @MBUSA Superdome right now…”

Some are speculating that this ad was either a mock up for a real ad that wasn’t and won’t be released, while others believe it is an ad created by Audi but released through unofficial channels so as not to upset Russia.

Audi has not commented as of yet, but the ad appears to be created by an Audi fan not affiliated with the company, and until comments are made on the topic, some will continue to believe this is their way to release a viral ad without taking credit and hurting sales in Russia.

Perhaps this mock image of Vladimir Putin’s reaction to the ring failure during the opening ceremonies best captures our feelings toward the fake ad: 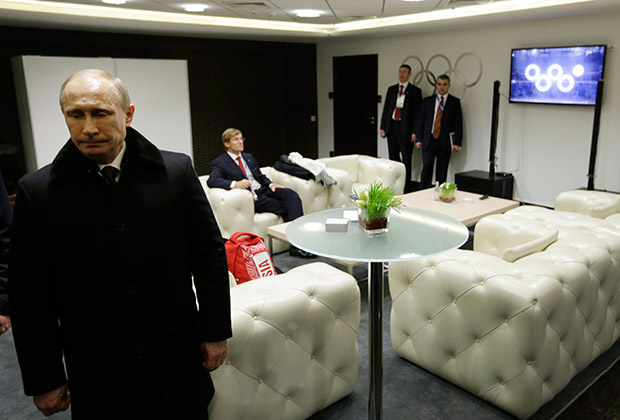 In this article:advertising, audi, Marketing, olympics