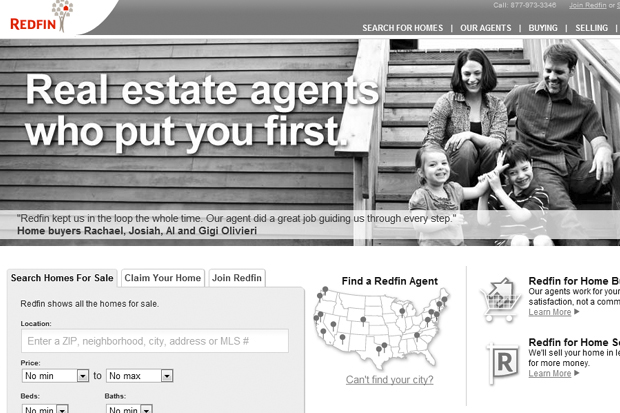 Over the years, real estate company, Redfin.com has edged closer and closer to a hybrid between their early days of disruption and the traditional real estate model, with some questioning if their round of hiring last fall paired with a recent alteration of their pricing (which is still discounted compared to most of their competitors, yet less so than in the past) is an indication of the company preparing to go public.

While publicly denying these are signals of the company preparing for an IPO, a recent blog post from Redfin CEO, Glenn Kelman talks about getting a call from a lawyer in reference to companies going public, the lawyer encouraging Kelman to never tamper his mania or worry about becoming a figurehead to appease investors. Kelman reacted by noting, “If you run a successful startup, you will certainly have plenty of people trying to civilize you, with conferences, coaches, books, meetings. When venture capitalists invest millions in a company, they also invest millions in you, which you can take as a compliment, though it’s also a terrible commitment.”

Likening investors’ actions to a house-flipper gutting a house to rebuild it, Kelman notes that “These have been the good changes to the Kelman kitchen. But no one has ever touched the stove or the oven, the source of heat and fire. Sitting in a house constantly undergoing a crazy, half-done renovation, the problem I think the most about is figuring out which parts of myself have to go and which have to stay. And the hardest part of the renovation for many is the part that has to stay.”

To IPO or not to IPO?

It is seen as inevitable that all tech companies that grow to a certain point will file for their IPO, but despite these recent writings of Kelman and a shift in pricing at Redfin, he continues to assert they are not focused on going public.

Even after all of that and denying going public, the company announced today a very high profile executive hire which may or may not signal impending IPO. Redfin has brought on Tom Vogl as their new Chief Marketing Officer, who after earning his MBA from the prestigious Harvard Business School, spent seven years at Conoco as a Strategic Planner, followed by eight years at Dell as a Marketing Director and nearly six years at REI as the Senior Vice President of Marketing.

Kelman said, “And so we interviewed folks for chief marketing officer who had hyped bogus diet pills, doomed websites and dubious financial services, but could never get excited by a hired gun. After every interview, Redfin’s Matt Goyer would shake his head and say, “Doesn’t love Redfin enough.” He reminded me of a Jewish mother-in-law. No one was good enough for his child. But finally Matt and the rest of the team found someone not only good, but absolutely, insanely great. We popped the question, and the rest is history.”

Typically, when a company is making high profile hires to gear up for going public, those hires are seasoned in taking a company public, but Vogl is not known as a hired gun for that purpose, so there is a large chance this is simply a powerful hire for the company, but it could also be Kelman acting untraditionally as he is known to do.

Whether you like him or not, Redfin’s leader bucks trends and is enthusiastic about what he does, so it is very hard to read his moves. There may be a forthcoming IPO, or a new chapter in the company’s history, but this particular hire does not offer anyone a crystal ball on the topic.

Kelman’s bottom line is that “at Redfin, what drives you matters. After all, we aren’t just trying to draw attention to a media site. We’re trying to make our case — that real estate can be different, that the Redfin agent you see on our site puts customers, not commissions first — that we’re worth a shot. It’s a great leap of faith for our customers, and, for us, perhaps the greatest marketing challenge on the Internet. If we don’t believe, no one else will.”

In this article:News, Real Estate, Redfin