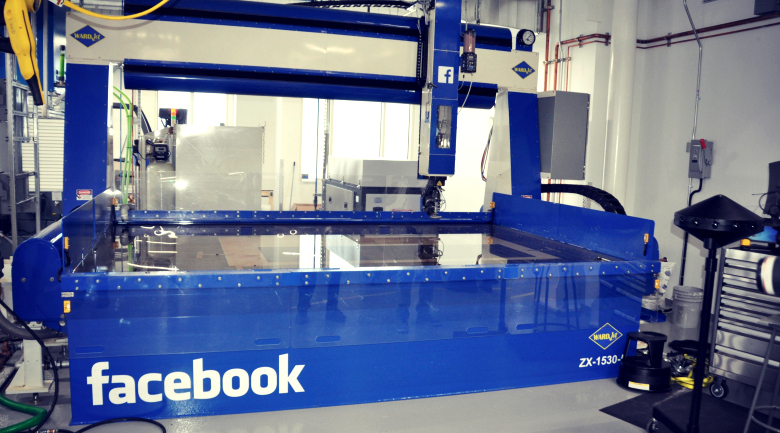 According to the company’s blog, the lab will allow hardware developers to rapidly prototype hardware for many of the company’s initiatives and collaborations. Facebook has expanded well beyond a simple social networking site. Now the company is working with Oculus to create virtual reality viewers and content. Their Connectivity Lab is developing long-endurance planes, satellites, and lasers to bring internet connectivity to every corner of the globe.

Besides all of the coding and software development, all of these projects require new hardware. Meanwhile, engineers also want to work out the bugs of existing technologies. Area 404 includes an electrical engineering lab for testing and troubleshooting designs, as well as a prototyping workshop full of advanced machine tools, such as turn lathes, milling machines, and sheet metal folders, for building new hardware.

In their own words

Facebook already has several custom labs at its headquarters, as well as other labs all over the world, including Seattle, the UK, and other parts of Southern California. But the company realized that they could accelerate their projects by giving engineers a space to work side by side, to collaborate, and to learn from one another.

According to their blog:

Today we have hardware blogs all over the world….These labs have all served their respective teams well, but over time, we started to see that when engineers from different teams came together and shared their expertise, we could make even faster progress on projects they were working on….We wanted to make more opportunities for these teams to come together; we needed a big, open space to complement our custom labs.