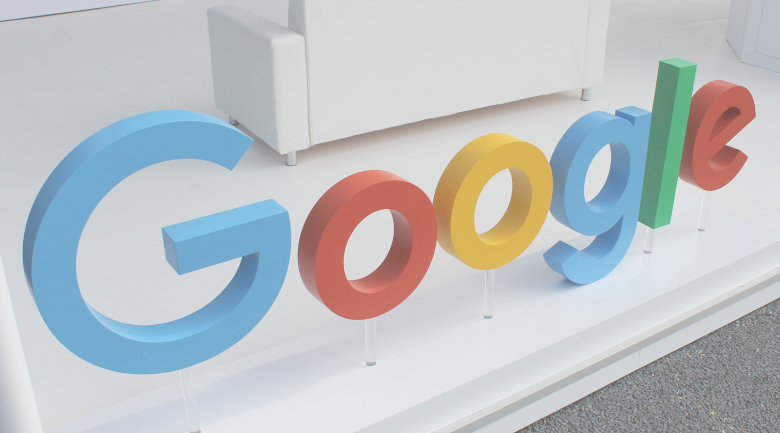 Google on a whole nutha level

Google CEO, Sundar Pichai has plans to take Google to the next level. In an effort to stay ahead of the technology pack, running against Amazon, Facebook, Microsoft and other competitors, Google is looking to the future to maintain their position.

Read also: Apple is set to level up with better AI (artificial intelligence)

Pinchai sees the future of technology with endless possibilities, but for now they want to focus their development in one critical area: AI (Artificial Intelligence). While Forbes covered Pinchai’s career and plans to innovate Google’s vision even further, I feel it’s important to summarize their main points so we can get to the heart of the matter: the race of AI technology.

Miguel Helft at Forbes writes, “computing is already moving to multiple screens and in some instances-such as Amazon’s surprise hit Echo smart speaker- no screens. Interactions with devices and apps are quickly becoming two-way conversations, sometimes employing smart ‘bots’ promoted by Microsoft, Facebook, and others (remember we covered Yahoo’s launch of bots on Kik?).”

The desire to interact more with technology and less face-to-face with another human being is becoming glaringly obvious. The desire for advanced AI technology is already here; now, it’s merely a race to see who can launch the biggest, best, most engaging piece of AI technology quickest.

If others are already developing AI, what’s Google thinking?

Again, I turn to the Forbes article by Helft, “artificial intelligence has been in Google’s wheelhouse for years. [They] invested in fundamental building blocks such as voice recognition, language understading, and machine translation long before most of their rivals.”

And after years of preparation, Pichai says, the company is ready to bring all that work together in compelling products that will keep the company ahead of the competition.

Pinchai told Forbes, “we have this vision of a shift from mobile-first to an AI-first world over many years.”

At the annual Google I/O conference, Pinchai revealed the first prototype to fully use Google’s AI efforts: a smart speaker called Google Home. Sound familiar? This device seems to be a direct answer to Amazon’s Echo. Google Home isn’t the only product set to launch, however. They also plan to launch a messaging app called Allo. This is likely a direct response to WhatsApp, Kik, and other popular messaging platforms. Gmail is widely popular (with over 1 billion users), but what it lacks is a messenger to appeal to the younger crowed. Google may be hoping Allo is the answer for what this particular platform is lacking. Allo and Google Home will both be powered by  a “Google assistant” (a bit like Siri), but in their eyes, more engaging.

The Google assistant will offer users a way to interact with Google itself. You can play music, reply to messages, order flowers, ask Google to take notes for you and more. It will be there, in every aspect of your life, to help you get things done. Pinchai states, “You are trying to go about your day, and in an ambient way, things are there to help you.” Getting the assistant just right, however, is going to take a bit of time, and Amazon has already launched Echo; thus, Google’s energetic desire to press forward.

How does Google plan to push past Amazon and other competitors?

Four years ago, Google formed a break-away company appropriately called Google Brain to develop much of the intelligence that will push Google into the AI running. This team, according to Forbes, will conduct research and experiment with AI programming techniques like deep learning and neutral networks. Google had this technology is their arsenal before, but were unable to fully test it due to the massive amounts of computing power required. One of their recent improvements, Google Photos, was released about a year ago and used a bit of AI technology they’d been developing.

Google Photos has the ability to recognize and search images and then automatically organize them. The same method that worked for these photos, Google found, could be applied to voice recognition, translation, and other similar tasks. Also, this same technology used for Google Photos, is able to power StreetView’s ability to distinguish and “read” signs, as well as, Project Sunroof’s ability to identify rooftops using aerial photography to determine whether or not a roof can support solar panels. According to Forbes, “it’s also enabling a small experimental team to effectively detect diabetic retinopathy” by looking at retina scans.

Pinchai is convinced a few smart features like Photos along with the Chrome browser will help them gain a following; and with the launch of Allo (available late this summer), will help them gain an even greater following. Smart Reply will be integrated and automatically suggest three different prewritten answers to a message based on its content. According to Forbes, “Google developed Smart Reply in less than a year and first tested it in Inbox, a mobile e-mail app. It allows users on the go to select one of the answers and reply with a single tap.”  With Allo, Google took this one step further, “blending Smart Reply with image recognition, so it can suggest responses to photos via message.”  This will help users reply faster, spending less time typing an answer. In Allo, the Google assistant might also pop up in the middle of a conversation, depending on the subject matter, to help you book a restaurant, or plan a trip. Much like Siri does if you mention a time or date within your conversation.

Pinchai is conviced Google is further along than their competitors, citing AlphaGo. AlphaGo is a computer program that plays the board game Go. It’s the first computer Go program to beat a professional human player. The same algorithms used to create AlphaGo, could be developed further and applied to more practical problems according to Pinchai. He stated, “When you look at machine learning and AI, there are things you can do now, some in two to three years and some that are deeper and will take more time to do.”  Many technology enthusiasts, like Harvard professor Yoffie, believe Google is well-positioned to lead the transition to an AI-powered world if they continue to  make the same types of “good” decisions.

I think Google certainly has the research, assets, and  determination to get things done in terms of AI, but it seems like Microsoft, Apple, and Amazon, already have a head start on them as they’ve already launches their products. What do you think? Is Google poised to dominate the AI-world, or will someone else push ahead and get things done?