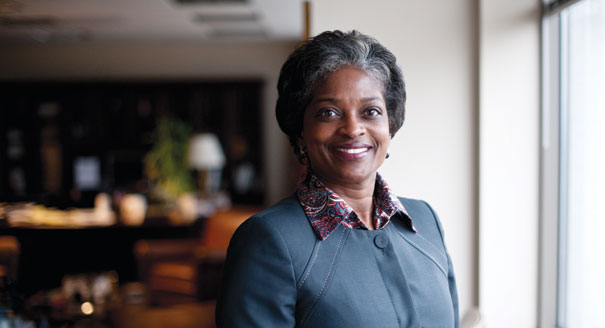 The Federal Communications Commission (FCC) is about to abolish the Open Internet Order, a.k.a. net neutrality, which regulates both internet service providers (ISPs) and wireless companies by preventing them from showing favoritism to certain content and websites.

Read also: John Oliver is on a mission to save Net Neutrality

However, Democratic FCC Commissioner Mignon Clyburn is absolutely against the removal of the Open Internet Order and isn’t backing down.

Free and open no longer

“Is the FCC shirking away from its responsibility to ensure all Americans have affordable access to communications services?” asked Clyburn at the Connected Communities Public Forum on Access and Affordability in Los Angeles. “Things like affordable broadband service, competition, a free and open internet, viewpoint diversity, just and reasonable phone rates for inmates and their families who need to stay in touch and basic privacy protections. Are these objectives being slowly dismantled under this administration?”

The first vote on this reversal of so-called net neutrality will take place on May 18.

As it stands, the law prevents ISPs like Verizon, AT&T, and Comcast from prioritizing their own websites and services, or impeding those of their competitors. That means that Comcast can’t make Netflix super slow just because it competes with their own streaming shows, nor can it give its own content a speed boost.

Clyburn’s solution is a call to action:

“In just a matter of days, the FCC’s majority will tee up an item aimed at dismantling the open internet protections that so many Americans fought for and won back in 2015 – over 4 million comments were filed to be exact,” she said. “So we cannot afford to remain silent.”

In spite of anti-regulatory rhetoric that claims favoritism just doesn’t happen, many say now more than ever we need guidelines for the ISPs that merge with content providers and have an even greater incentive to prioritize their own content, regardless of customer demand.

Let’s use Comcast as a case study: it owns the NBCUniversal empire, which includes TV, movies, ad home videos. Comcast has also invested a ton of money into sites like Buzzfeed and Vox Media, and it’s also a big investor at Hulu. As if that wasn’t enough, Comcast also reportedly has plans to launch even more of its own online streaming services any day now.

And why, exactly, should we trust Comcast, a for-profit business, to stay neutral?

The list goes on. AT&T is working on acquiring Time Warner, and it has already shown financial favoritism by discounting access to one of Time Warner’s major players (HBO) to market the AT&T wireless service and streaming platform. And Verizon is reportedly looking to do basically the same thing with our friend Comcast.

“If the FCC’s majority and the big broadband providers get their way,” says Clyburn, “your internet service provider could charge you even more to access your preferred websites, or worse, block those sites altogether.”

Clyburn also pointed out that if the big name ISPs and wireless companies are doing this, basically everyone is, as far as most of the country is concerned.

“Did you know that when it comes to broadband access at home, just 20% of Americans have a choice of two providers or more?” she noted. “Without real competition, are companies really incentivized to improve customer service, service quality, or pricing?”

And the choices that do exist aren’t exactly customer service pros. Clyburn cited a survey by Consumer Reports from last year that found only about a third of Americans felt satisfied with their service.

“I find this highly alarming. Why is it that some of the largest communications providers in this country consistently rank among the lowest in consumer satisfaction?” asked Clyburn. “Could it possibly have anything to do with a lack of robust competition?”

With Clyburn sorely outnumbered in the FCC, she urges the public to fight for net neutrality for their own sakes.

“Do not stay silent and accept the absence of broadband competition,” she said. “No one should be shortchanged because of where they live or how much money they make . . . Are you willing to stand up, demand from us, and join forces with those who are willing to fight, to ensure you and your families have robust, affordable communications services and that there is a media landscape that reflects the rich diversity found in your community?”

In this article:clyburn, net neutrality, The News