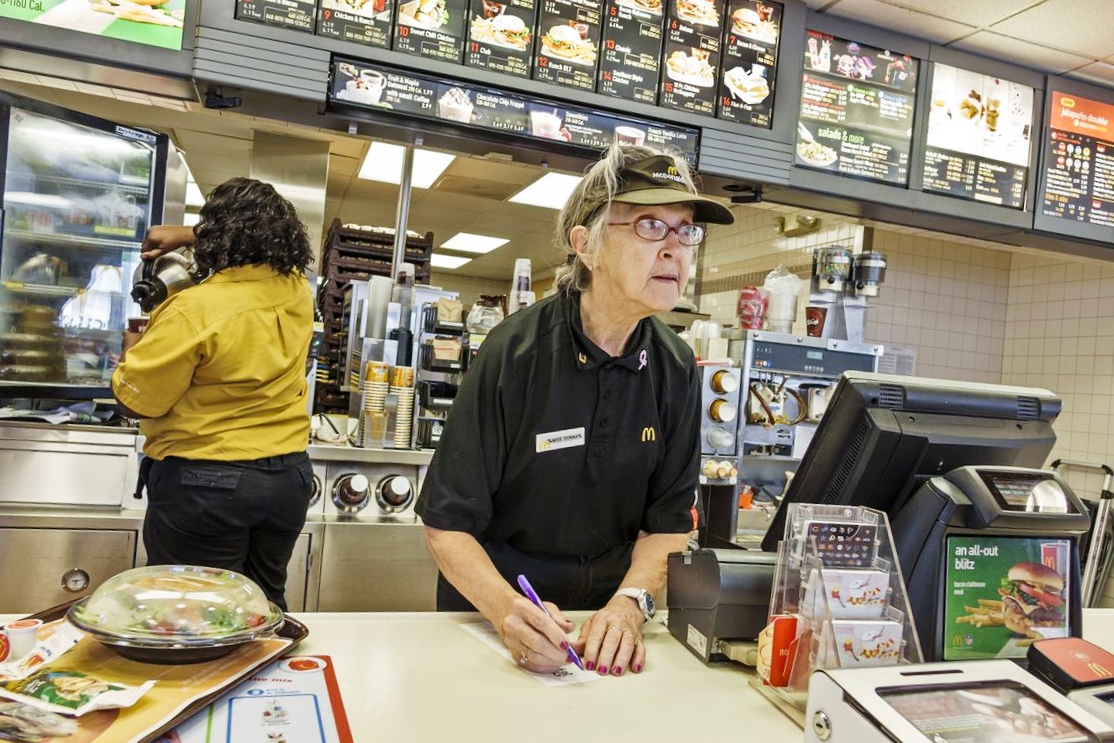 A new trend is emerging as more fast-food restaurants are turning toward senior citizens to join their workforce rather than teens, per Bloomberg.

Walmart has been hiring older workers for years and taking a lot of scrutiny over it, but according to the Bureau of Labor Statistics (BLS), the labor force is changing.

In the last 30 years of the 20th century, the number of workers aged 55 and older was the smallest segment of the workforce. Around 2003, this group was no longer the smallest share.

Baby Boomers and Gen Xers are now living longer and working longer. The BLS estimates that the number of older Americans who will keep working after the age of 65 will grow by 4.5 percent through 2024. On the other hand, the number of teenagers expected to enter the workforce is expected to drop by 1.4 percent.

Many workers in their prime are decreasing, due to the opioid epidemic, unaffordable childcare, and the incarceration rate, which some experts say is beginning to creating a labor shortage.

In addition, seniors often have soft skills that teenagers just don’t have. After years in any industry, older Americans know how to be on time, deal with customers and navigate the ins and outs of working. Managers have to teach these skills to teenagers entering the job market. For seniors seeking work in fast food, they aren’t typically interested in moving up the corporate ladder.

Financially, it can make sense for a business to hire an older worker over a teenager. A business gets the experience of age without having to pay any more for it.

Would your business benefit?

We recently reported on the litigation regarding the word “overqualified” being a code word for “too old to hire.” There’s also a concern that older Americans will carry a higher cost or not stay in a position for a long time, but it’s time to kick those stereotypes out. The labor force is changing and fast food chains are leading the charge.

Will businesses keep up? Or will employers disregard candidates who will bring much more to the job than just being a body who shows up?

In this article:career, The News, Workforce