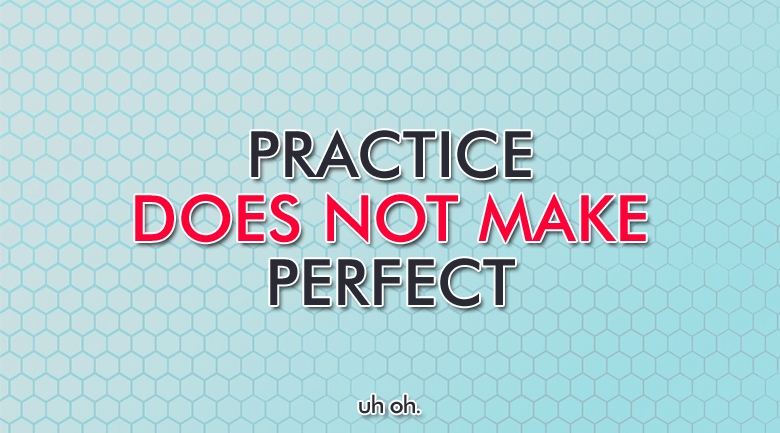 Sure, practice helps, but it doesn’t make perfect. A new study by Princeton University, published in the Journal of the Association for Psychological Science, indicates that practice only accounts for 12 percent of performance. Twelve. Ouch.

Read also: Tips for working with a younger boss

The study looked at 88 other studies on practice and performance in the categories of education, sports, games, music, (and most important to us) business professionals. These studies centered around people learning new skills, how much practice they committed to, and how their performance improved.

First and foremost, the study did reveal that practice is important, and most people don’t excel without it, but it only accounted for 12 percent of individual differences in performance across all of the subcategories.

That doesn’t exactly line up with the claim that 10,000 hours (or 10 years) creates expertise. The study illustrates this by noting when learning the piano, some barely practiced and excelled, while other practiced endlessly without ever performing well.

What does it take besides practice?

There’s more to becoming an expert than practice. The study says intelligence, working memory capacity, personality, and even how early in life you start may have more of an impact on your performance than practice.

Brooke Macnamara, who led the study opined, “There is no doubt that deliberate practice is important, from both a statistical and a theoretical perspective. It is just less important than has been argued. For scientists, the important question now is, what else matters?”

Dr. Jeremy Dean at PsyBlog said, “It’s easy to see why the message that anyone can do anything if they try hard enough might be popular. Unfortunately it’s not true. A better message is that, yes, you need to practice to be perfect, but if a lot of practice isn’t making you perfect, maybe it’s time to try something new. Ten years is a long time to waste.”

In this article:000 hour rule, 10, professionalism