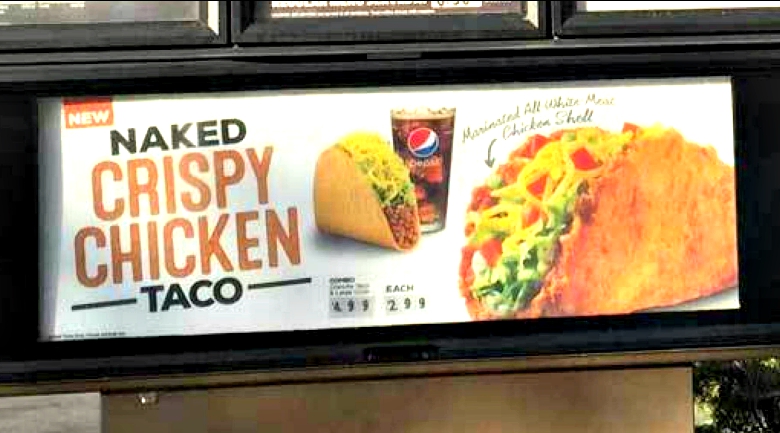 Even the food world is extremist these days

In a world of “next best things” and gimmicks, what does it take to draw a consumer in? Recently, we have covered several companies shift towards more health-conscious thinking, but is everyone in that mindset? Taco Bell doesn’t seem to think so, and they may be right.

Just like everything else, from politics to child rearing, opinions can go from one extreme to another and food is no exception. McDonald’s is currently testing a new brand that serves tofu and quinoa, whereas Taco Bell is taking a different approach. Taco Bell recently introduced the “Naked Crispy Chicken Taco” to a few select locations. What makes this taco different? The shell is not a shell, rather the “shell” is breaded white-meat chicken, folded over to form a shell, and then filled with lettuce, tomatoes, shredded cheese, and an avocado ranch sauce.

Not quite the KFC Double Down

Originally appearing on Foodbeast, but confirmed by Redditors, the Naked Crispy Chicken Taco is a real thing. While it’s hardly the cardiac arrest inducing Valhalla that KFC’s Double Down seems to be, it’s certainly no quinoa either. 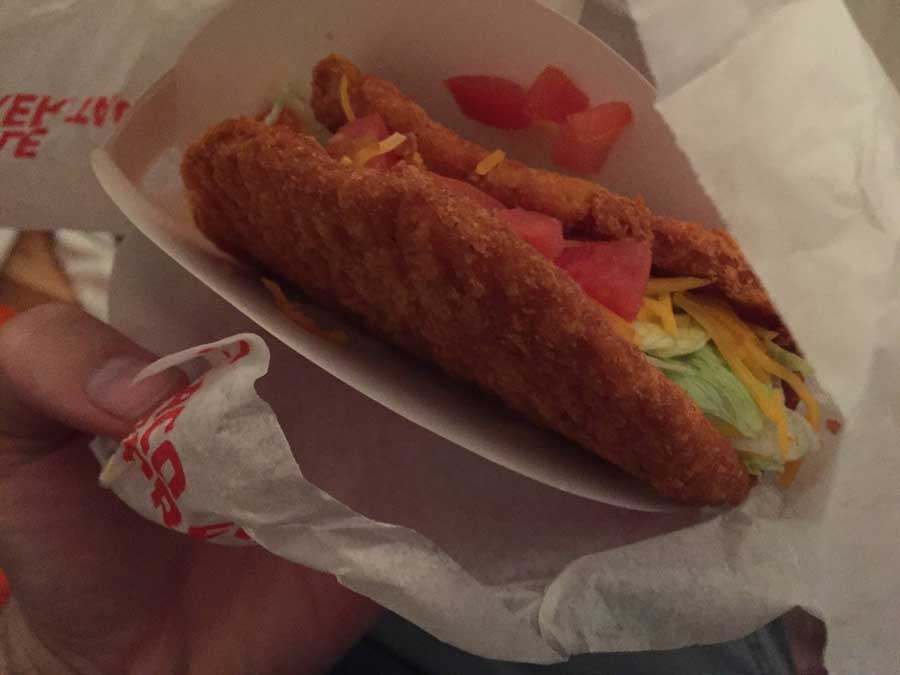 Brands appealing to the extremes

Creativity can certainly draw people in, for better or worse. This leads us to our next question: are brands blatantly trying to appeal to one extreme or the other of the food debate? It seems so.

By appealing to one extreme or the other, brands are cashing in on a greater portion of the marketshare. While McDonald’s tries to capture the more health-conscious, budget-concerned, consumer, Taco Bell aims to capture the calorie unconcerned with their new creation.

So, which side of the foodie extremes are you on?

In this article:creativity, Marketing, taco bell