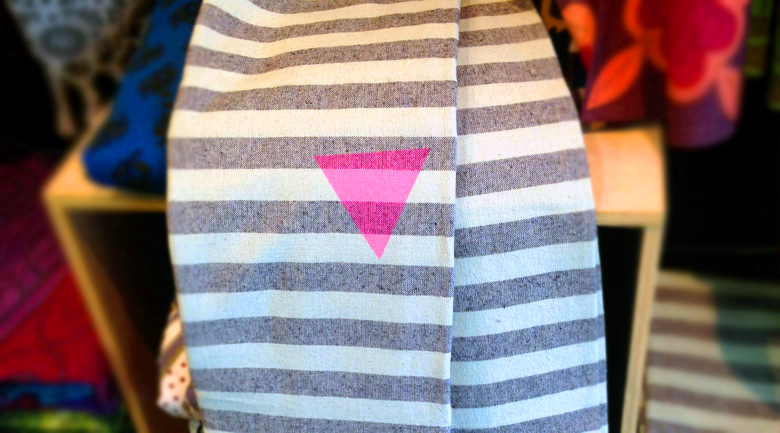 Dude, I just don’t get it. I don’t understand why Urban Outfitters can’t stay out of the negative limelight for more than a few short months before popping up again in another controversy. It’s like they never learn their freaking lesson.

The Holocaust is now, has always been, and will forever be a touchy subject. It seems like only historians or those who have family that lived through it actually know enough to speak on the subject. Urban Outfitters is presumably not composed of historians, and I am beginning to doubt they have a sensitive bone in their giant, amorphous body.

Holocaust survivor calls for product to be removed

The product in question is designed with a pattern eerily similar to the garb worn by homosexual concentration camp prisoners. Gray and white stripes, check. Pink triangle, check. Yeesh. Abraham Foxman of the Anti-Defamation League (ADL), a Holocaust survivor, called for the product to be removed from the store’s shelves at once.

This is a mere couple of years after they put out a t-shirt with the Star of David on it, which the ADL criticized in a similar manner. And, let’s not forget the whole Kent State fiasco, when they put out a sweatshirt that seemed to reference the University shooting that claimed four lives in 1970.

Why does this keep happening?!

Their mentality, from where I’m standing, has to be of the “any press is good press” persuasion. If my brand ever put out something that caught this much of a backlash even once, I would do anything and everything within my power to ensure that issues akin to that would never arise again. Here, it seems like they’re repeat offenders of the PC laws that most of us choose to hold ourselves accountable for (and we’re not even talking about the endless allegations of their stealing designs without paying designers).

I’m not trying to say that being meticulously politically correct is going to save us from ourselves, but I am saying that maybe a genuine or authentic apology might do the brand and the rest of the world a bit of good. When the Kent State thing happened, they essentially said, “Sorry you interpreted it that way.”

Dear Urban Outfitters, please display a little maturity here. And if you want to stay in business, try to craft a legitimate apology. And if you want to back up an apology, don’t let this keep happening. You’re tarnishing your name carelessly, and it just might do you in one day.

In this article:business news, urban outfitters