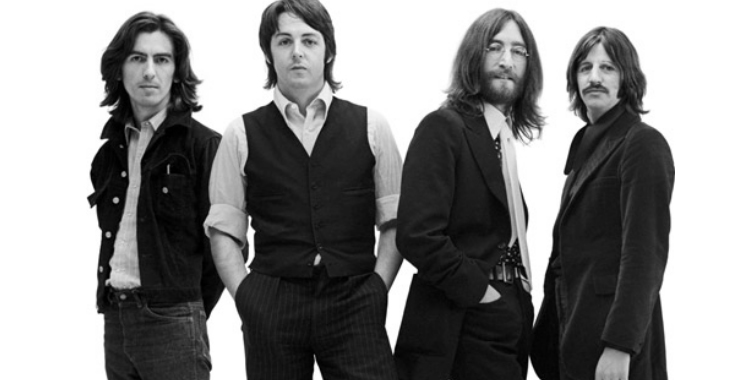 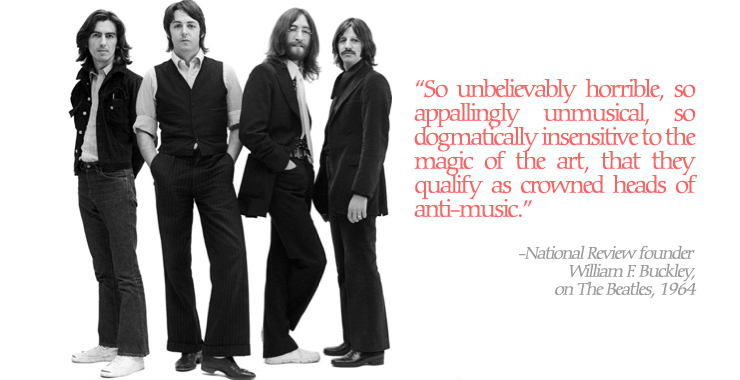 In 1964, National Review founder William F. Buckley said of The Beatles, “So unbelievably horrible, so appallingly unmusical, so dogmatically insensitive to the magic of the art, that they qualify as crowned heads of anti-music.”

Any person that enjoys international fame can tell you that they have been rejected at nearly every turn in their career, some more famously than others. The Beatles shook things up as they became popular and upset the musical balance of the world, but many predicted their demise before they were even known outside of the UK. Johnny Cash was rejected not only by the industry, but by Americans that had a problem with his rocky history. The same goes for almost any famous musician, or even actor.

In 1933, an MGM testing director took notes after an audition performed by Fred Astaire, “Can’t act. Slightly bald. Also dances.” Also dances? Decades after the height of his career, Astaire is still a household name, but the impression of the testing director was that of rejection, and Astaire was passed up for the part.

What businesses can learn

Buckley’s impression of the Beatles and MGM’s impression of Astaire may have been wrong, but what anyone that has achieved fame has in common is that these impressions did not stop them from pushing forward.

Professionals, especially people launching startups or small businesses, are often met with the same rejection. You will be told that your product or service is unimportant, irrelevant, broken, or bad, but if celebrities have anything positive to offer the world, it is a message of endurance. When you are met with rejection, if you believe in your brand, you must push forward.

Whether you meet rejection by the media, friends, family, on a sales call, or a during a pitch to investors, replay the words of Buckley in your head and remember how wrong people can be. If you believe in yourself and you know that you can make a difference with what you have to offer, just like The Beatles and Fred Astaire did, forge ahead and don’t look back at the list of rejections, because anyone that has ever achieved success has a list of rejections longer than anyone who ever failed.

In this article:ambition, professionalism, small business