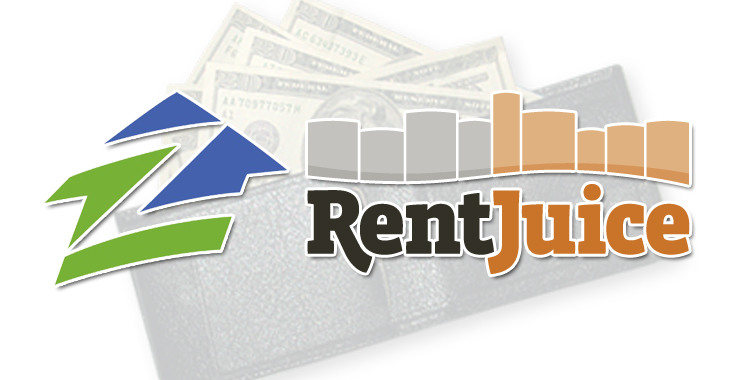 RentJuice acquired for $40 million in cash

After rumors and speculation, Zillow has finally announced1 that they have signed a definitive agreement to acquire rental relationship management (RRM) software company, RentJuice for $40 million in cash, to “help Zillow propel its rental marketplace years ahead of where it is today.” RentJuice’s acquisition is one of the several acquired so far after being featured in the 60 Genius Brands to Watch in 2012 list.

AGBeat first introduced you to RentJuice.com over a year ago, as they acquired one of their closest competitors and the company was funded to the tune of over $6 million. Last fall, they introduced the first of its kind directory of rental industry insiders, blowing the doors off of what has long been a closed-door, almost secret network.

Recently, the company launched a massive undertaking by releasing a “Common Application” for renters to complete through their system either on their computer, iPad or iPhone, complete with digital signatures. The new feature is poised to disrupt the industry, adding to the many likely reasons they were acquired.

The acquisition is expected to close in the second quarter subject to customary terms and conditions, and the talent acquisition includes RentJuice’s 31 employees which will add to Zillow’s 400+ employee count.

Zillow is riding high on their record revenue of $22.8 million for the quarter2, up 103 percent year over year, marking the sixth consecutive quarter of over 100 percent year over year revenue growth. Additionally, their Marketplace revenue hit $16.6 million, up 141 percent over the year.

The company is reporting a net income of $1.7 million and say that record usage across mobile and web as homes viewed on mobile devices exceeded the web for the first time.

Spencer Rascoff, chief executive officer of Zillow said, “We continue to expand our addressable market and competitive advantage as we extend our mobile leadership, launch more services for real estate professionals, and grow our mortgage and rentals marketplaces. In particular, we took a giant leap forward in growing our rentals marketplace with today’s announcement that Zillow is acquiring RentJuice. This acquisition will provide us with a comprehensive suite of business and marketing services for rental professionals, similar to what took us years to build and grow in our parallel marketplace for real estate agents.”