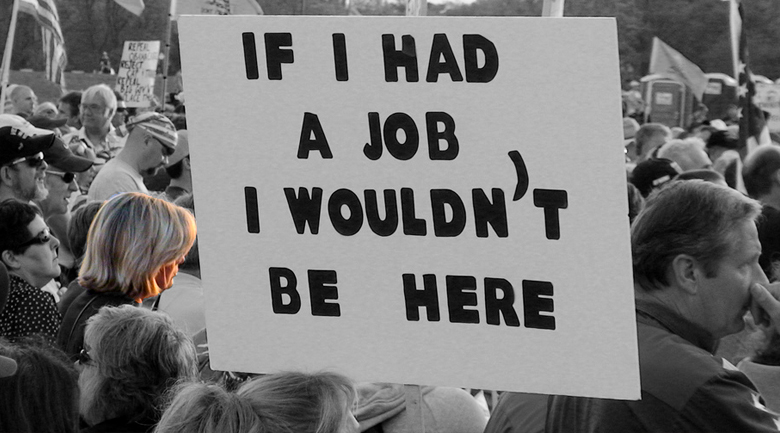 Jobs report sends mixed signals: or does it?

According to the Labor Department, there were 162,000 jobs added in July, but a disproportionate number of the added jobs were either part-time, low-paying or both, with part-time work accounting for over 65 percent of the positions added in July. Over half of the month’s job gains were from restaurants and low-paying retailers. Low quality jobs appear to be the only real growth right now, despite many simply looking at the overall number of jobs added and saying employment is improving.

Moody’s Analytics reports that even though low-paying industries only represent 39 percent of all U.S. jobs, they have provided 61 percent of the nation’s job growth, compared to mid-paying industries which have added only 22 percent of this year’s job gains. Because of this, income levels are not improving, or even keeping up with the lowest inflation seen since the “Great Recession” ended in 2009, as average hourly pay actually fell 2 cents in July to $23.98 an hour.

The quality of jobs being added are low quality, but even more alarming is that part-time work accounts for 77 percent of all jobs added in 2013. Why? As the definition of part-time and full-time changes to accommodate Obamacare, employers are looking to get around having to provide medical coverage for workers, so the work force is closing doors for full time work and offering part time positions.

Many workers are overqualified but end up working dead end service jobs to make ends meet as they scrape by and wait endlessly for an improved economy, becoming more and more vocal with their displeasure when jobs reports proclaim so many jobs have been added, but the majority of the time, they are part-time, low-paying jobs. Analysts that paint the employment picture as rosy often offend the waves of Americans who will not be finding full-time employment and be forced to settle on low-paying part-time jobs, and when a nation settles and fights for scraps, labor costs don’t improve.

Another statistic this report fails to take into account is the number of Americans who have simply stopped looking for work, which does not count toward unemployment, skewing the results.

The economy isn’t firing on all cylinders

“Essentially the economy is firing on three cylinders instead of six, growing at around 2 percent instead of the 5 percent it should, and as a consequence isn’t absorbing as many new workers,” Peter Morici, a professor of international business at the University of Maryland and a Moneynews Insider, told Newsmax TV.

“Many of those that it does hire are part timers. Increasingly Americans are relegated to a contingent work force where they work temporary jobs, part-time jobs and so forth. They can’t get decent healthcare benefits despite Obamacare, and their wages continue to fall.”

In this article:employment, jobs, unemployment