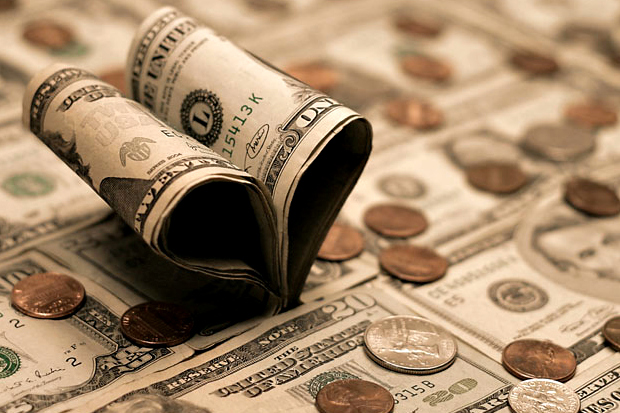 A recent PNC Wealth Management study reveals that only 10 percent of American millionaires are optimistic about the economy and 75 percent are pessimistic about how the economy will perform in the next six months, nearly universally looking at politicians as the reason. Most (85 percent) say the political system has “serious flaws” in how it is working, according to the Wall Street Journal, and over half say America is experiencing a “longer-term decline in the health of the U.S. economy,” just like most of America independent of their wealth.

Most millionaires remain confident in their own portfolios, with only 16 percent expecting they could lose money. Most of their investment portfolios have remained the same in the last 90 days, but 20 percent have “dumped more money into cash,” the PNC study notes, while nearly one in ten has invested in gold.

Millionaires pick the best stocks for 2012

PNC Wealth Management notes that American millionaires are betting big on technology with 54 percent saying that’s where the biggest growth will be in 2012, and although it is down three percent this year, it beats expectations of all other sectors. They also said that growth would be in energy with 49 percent saying that’s where big growth will be, followed by 44 percent on health care, 19 percent on financial stocks and 11 percent on socially responsible investments with manufacturing also at 11 percent, transportation at seven percent and retail just under seven percent.

The tech industry continues to grow and Apple has more cash on hand than the U.S. Treasury Department, and the sector has been hit yet still weathered the economic crash. 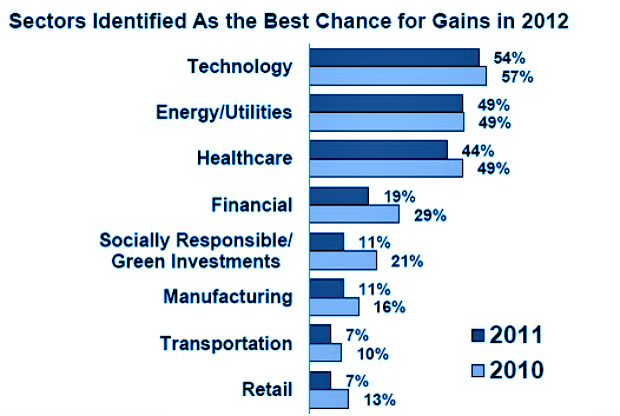 In this article:Economy, Technology, technology investment