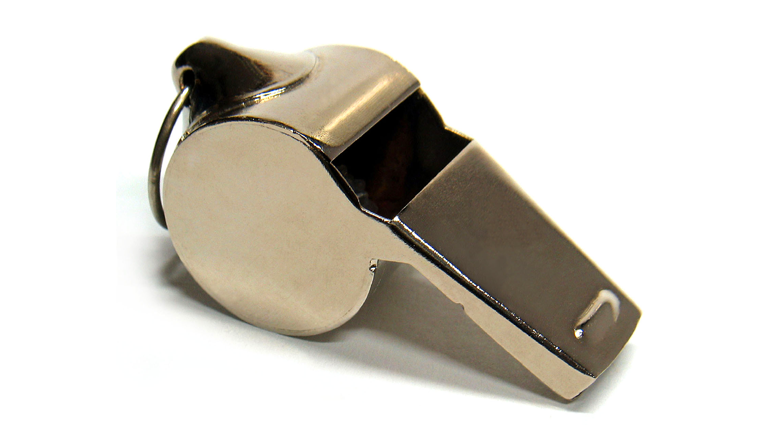 Could you have kept quiet?

For three years, Kyle Lagow was unemployed and out of money, but unable to explain to his wife or children why they were struggling for so long, but now that all investigations have wrapped up, his whistleblower lawsuit has been unsealed, and he can open up to his family about it. According to ABC News1, Lagow was one of the whistleblowers that led to the $25 billion mortgage settlement with the nation’s largest mortgage servicers.

With the unsealed lawsuit, it has been discovered that Lagow was awarded $14.5 million in the settlement. “I don’t think anybody believed until the funds actually hit the bank,” he said.

So what exactly did Lagow suffer in silence for so many years for? He saw something wrong at Countrywide Financial (which was acquired by Bank of America in 2008), wanted to do right by borrowers, and when he spoke up, was ignored, then fired.

Lagow worked for a subsidiary of Countrywide Financial as an appraiser, and according to court documents, the company was witnessed making bad loans on homes with low collateral, to which Lagow suggested to many officials in the company that there was a cure for the situation that was relatively widespread, in that Countrywide should stop encouraging appraisers to boost home values for sales.

“You go in there, figure out who was taking advantage of them, you lower the interest rates, make it easier to stay in their homes,” he had proposed to Countrywide. “There were three or four things I wanted to do and they looked at me like I was nuts and said, ‘No thanks, Kyle. Go back to doing your job.’”

No explanation for getting fired

Lagow expressed is concerns to company executives about the inappropriate appraisal and lending practices, but they didn’t find impropriety after investigating the matter, according to the lawsuit. Lagow was never given a reason as to why after much fighting back, why he lost his job in November of 2008.

“My suspicion was that they didn’t want Bank of America to know what they were up to,” Lagow told ABC News. “That’s just my opinion.”

The decision to blow the whistle

After losing his job, Lagow connected with a law firm in Dallas that had already filed a related suit, and alerted them to the issues at Countrywide, and asserted that his goal was to get people back on track again. In May of 2009, the firm filed a lawsuit against Countrywide, but the case was sealed as part of the Department of Justice probe into the big banks, so Lagow was forbidden from speaking about the lawsuit, or even mention the connection to the federal investigation.

“If you can imagine being in a bad economy and, all of a sudden, your income dropping to nothing and not being able to tell people or your wife and kids … it was probably worse on the kids,” Lagow said. “Your kids looking at you like you are a failure. A lot of people would have bailed out. It was pretty tough. There were a lot of money issues and lack of money and, in your own mind, you think they’re looking at you because you failed.”

In this article:bank of america, countrywide mortgage, mortgage crisis