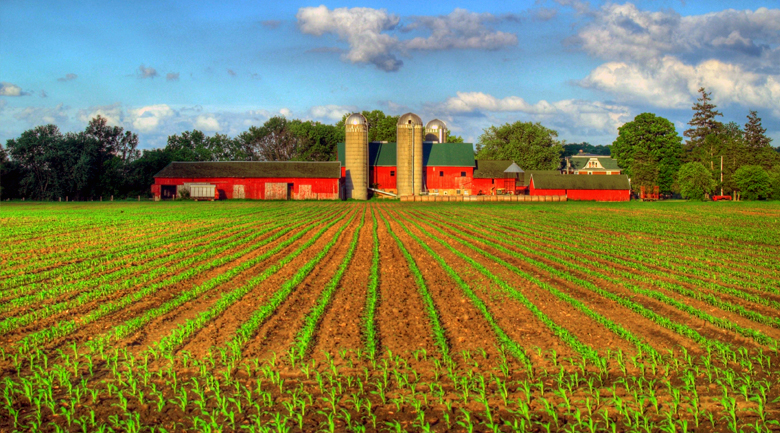 A farmer who works 15 hour days, drives an old truck

Journalist, William La Jeunesse tells the story of rancher Kevin Kester who works from sun up to sun down and drives an old beater pickup, and is now being considered “rich,” and depending on the final outcome of the “fiscal cliff” negotiations, Kester may be required to pay the estate tax, also referred to as the “death tax,” so needless to say he, and most other American farmers are anxiously holding their breath today as the taxes the next generation will be required to pay as they inherit land will be so high, many farms will no longer be sustainable.

“There is no way financially my kids can pay what the IRS is going to demand from them nine months after death and keep this ranch intact for their generation and future generations,” said Kester, of the 22,000 acre Bear Valley Ranch in Central California. When he inherited the farm 20 years ago, he paid $2 million to the IRS, and with the new “death tax,” when he leaves his farm to his children, they will be forced to pony up $13 million upon his death for inheriting the farm.

Likelihood of repealing the estate tax?

Kester and others are calling for the tax to be repealed, some Republicans seek to eliminate the estate tax altogether, while President Obama has proposed a 45 percent rate on estates of $3.5 million an up. Currently, the federal government taxes estates worth $5 million dollars and up at 35 percent. If the current tax rates are allowed to expire in January, rates increase to 55 percent on estates of $1 million or more. It is said to be unlikely that the tax will be repealed.

“The idea behind the estate tax is to prevent the very wealthy among us from accumulating vast fortunes that they can pass along to the next generation,” said Patrick Lester, director of Federal Fiscal Policy with the progressive think tank — OMB Watch. “The poster child for the estate tax is Paris Hilton — the celebrity and hotel heiress. That’s who this is targeted at, not ordinary Americans,” and certainly not a farmer who drives a junky truck and works 15 hour days.

According to the American Farm Bureau, up to 97 percent of American farms and ranches will be subject to an estate tax where the exemption is set at $1 million. At that rate, the federal government will pocket $40 billion in 2013 and up to $86 million in 2021, compared to 2012’s $12 billion.

Supporters and critics of the tax

Supporters of the tax say it promotes equality among classes, particularly in capital gains, or stocks passed down generations – since stocks are only taxed upon being sold, the government cannot profit from long-term investments without the estate tax.

“Very large portions of very wealthy estates are tied up in stocks and they have never been taxed,” said Lester. “The estate tax is one of the ways we make sure the wealthy pay a little bit more as an overall share of their wealth and income compared to low-income individuals.”

Opponents argue the opposite, because estate taxes fall on assets, which hampers investment by reducing incentives to save and invest. A pending estate tax could become a disincentive to invest in an otherwise viable business, forcing older people to liquidate or shift resources out of an ongoing business and into a trust or tax-free investment.

“We’re not millionaires in the terms of making a million dollars a year,” said Kester who runs the ranch with his family. “I have a half-a-million dollars in soil,” which does not exist as money unless he sells the land, which would make the ranch less viable.

In this article:Economy, estate tax, taxes