According to Freddie Mac’s weekly Primary Mortgage Market Survey® (PMMS®), there was little change in mortgage rates from the week prior, with fixed mortgage rates moving slightly higher while continuing to remain near their all-time lows helping to support the housing market.

Vice President and Chief Economist of Freddie Mac, Frank Nothaft said, “Mortgage rates remained relatively unchanged this week and should continue to support the housing market and mortgage refinance. Existing home sales in September eased slightly to 4.75 million but was the second strongest annualized pace since May 2010. Moreover, new home sales rose to the most since April 2010.”

Nothaft added, “In addition, low rates and strong demand have already pushed the FHFA purchase-only home price index in August to its highest level (seasonally adjusted) since June 2010. And not surprisingly, the Federal Reserve in its October 24th monetary policy announcement acknowledged the further signs of improvement in the housing sector, albeit from a depressed level.”

According to Freddie Mac:

Rates across the nation

Mortgage rates nationally are relatively unchanged, but are not the same in every region. Below is the regional breakdown of rates for the week: 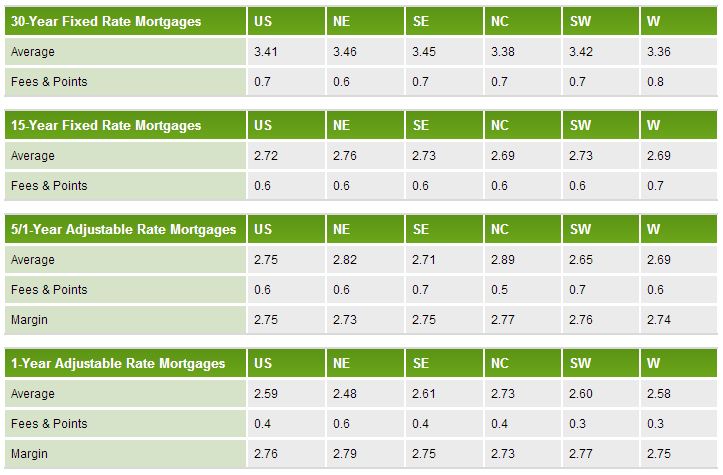