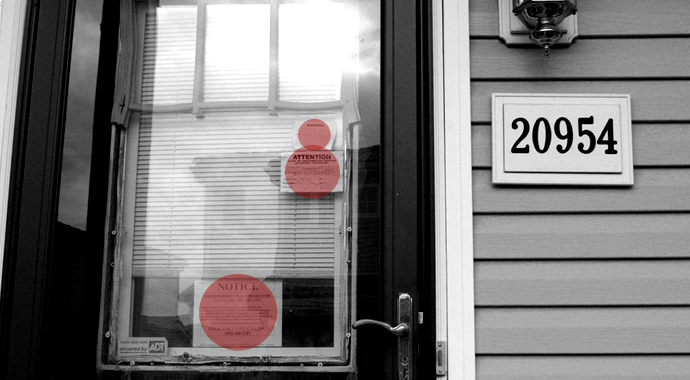 For three decades, Claireather Mason was timely in paying her mortgage but last June after making her monthly payment and a statement from her lender reporting it as received and processed, she got her first default notice in the mail, according to NBC12 in Petersburg, Virginia.

This is nowhere near the first story of a homeowner who has not missed a payment yet receives foreclosure notices, in fact, a study last fall claims that housing has been so irreparably damaged by the destruction of the chain of title that it is unclear who the real owners of most of the titles in America are.

In Mason’s case, Ocwen Financial took over her mortgage and despite verification payment had been made, they began rejecting her payments month after month, and pushed forward with foreclosure.

“They taped [my payments] together and they’re still taped together and they mailed them back to me,” said Ms. Mason. She eventually called Central Virginia Legal Aid for help, but even letters from lawyers could not get Ocwen to listen.

The twist in the story is the same twist in all of these stories – the homeowner who is being wrongfully foreclosed upon is ignored and so is their lawyer, but when a news outlet begins making phone calls, the gears begin turning.

An Ocwen Financial spokesperson said in a statement that “someone from our office will be reaching out to her quickly to rectify the situation,” noting that mistakes happen.

How did this happen? How does it end?

The hiccup in the system that was not pinpointed by Ocwen staff is that Mason’s loan was extended over 20 years ago through a Housing and Urban Development program. “Their computer was saying that her loan had matured and the entire balance on her loan has come due, of course that wasn’t true,” said Mason’s attorney Sara Blose.

Through NBC12’s pressing and Blose’s insistence, Ocwen has called off the foreclosure, accepted all payments without penalty or interest, and corrected the problem in her file and have committed to correct the record to restore her credit rating.

Mason is grateful yet angry, telling NBC12, “I was just devastated because I had tried all I knew how to talk to them to explain that I paid my money and nobody would listen.”

“Their own company just doesn’t know what’s going on in the records that they have. They’re supposed to be the custodian of these records, but they don’t look into what’s going on with it,” said Blose, noting that cases like this are becoming common.