Like most of the RE.net that for one reason or another didn’t get to go to Inman Connect in New York this week, I’m insanely jealous. I thought I could make it through no problem, but as I tried to score along at home, I couldn’t find a single channel that gave me the coverage that I was looking for.

At first, I thought that #Hashtags Twitter tracking might be a good way to follow along. So, I ran a search for #inman, and only a few tweets showed up. Not good enough.

Next I decided to give Terraminds a try. Terraminds is a micro search application that does real time twitter search. It also publishes an RSS feed for each search result, so it’s got that going for it… which is nice. A search for “inman” on terraminds was an improvement, but it still wasn’t exactly what I was looking for.

So tonight when I was sitting on my recliner after a long day, I decided to bite the bullet and give Yahoo! Pipes a whirl.

I tried to keep it simple. I took all the Twitter feeds for everyone that I knew was going to be there, added the feed for the Technorati tag “ConnectNYC08” and sorted them so that they show up in reverse chronological order.

This is what I came up with. Check it out and let me know what you think.

Another cool thing about Yahoo! Pipes is that you can clone my pipe, mix it, mash it, whatever. Whatever you do, just “Don’t Taze My Pipe Bro” 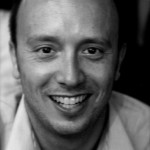