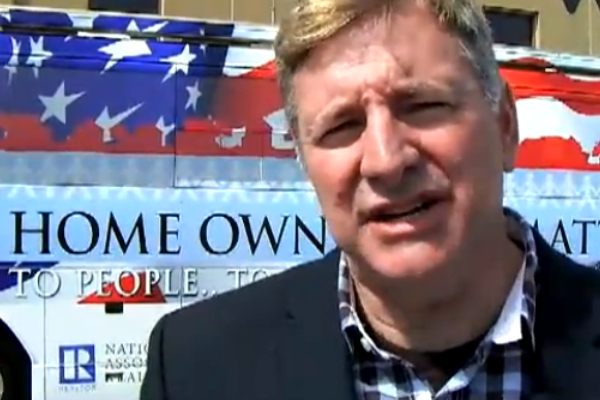 “Insanity is doing the same thing over and over again and expecting different results.”  – Albert Einstein

The National Association of Realtors (NAR) never fails to disappoint. NAR had a Housing Summit for October with all the fanfare of the circus coming to town. Economists, business leaders, Congress-types, and industry professionals were to be in attendance. The recommendations were just released (and you can read them in full at the end of this article). While there should be no disagreement with much of it, the ideas are not exactly, unique. Reiterating the same issues ad nauseum, in the exact same fashion, on behalf of our members, via letters to The Fed, President, and to our elected officials simply look silly.

A lot of us have answered the numerous Calls to Action regarding the Mortgage Interest Deduction and extending, or reinstating higher conforming loan limits. Just about everyone agrees that Dodd-Frank itself was a total overreaction to, and QRM (Qualified Residential Mortgage) rules are a joke in and of themselves. We get it. Everyone else gets it, too.

Shilling for both S. 170 (Helping Responsible Homeowners Act) and tweaks to HARP are one ginormous push for mass re-fi’s. Under both of these proposals, loan-to-value probably would not be considered, appraisals possibly wouldn’t be needed.  Closing costs could be wrapped into loans, which could be as long as 40 year terms. Is any of this sounding familiar, because none of it worked so well the first time, did it? The debt for equity approach does sound intriguing. The old loan would be wiped out, replaced with a new loan (an appraisal would be done to determine current value) when the house is sold, hopefully when values are higher, the lender/servicer would share a percent of the profit, they get an “ownership position in the property when the new loan is re-written.”  Progressive Policy Institute explains it here, on pages 4-5.

Short sales should take priority over foreclosures. There are 19 bazillion things wrong with this one little sentence. Foreclosure = the legal process to repossess the home while REO = the actual home itself. Short sales and REOs are very different beasts. There is already a mega glut of vacant crap houses, which are going no place thanks to the robo-signing mess, MERS, court back-logs, and improper foreclosures being done. Until even one of those items can be corrected, this housing crisis is still screwed. In regards to short sales, better training, education, and more experience, for agents, title companies, and those in loss mitigation would go a long way in improving those types of sales. Setting similar standards and guidelines for all servicers/lenders would certainly allow all parties to come to an agreement much quicker than they do now.

Investors need to be able to purchase more, with better financing options.  It would be great to allow the one or three person investment team to use the FHA 203(k) loans for rehabbing houses, and allowing investors to take out as many Government backed loans as they want, and can qualify for, when buying REOs, would be even better. Too bad the recommendation prior to this is basically saying that REOs should be put on the shelf.

Keeping at least some of the gov in GSEs (Government Sponsored Enterprises) is a really good idea. Otherwise it’s going to be QRM for all. We will have mega higher lending costs, and potentially doing away with loan options offered by VA and FHA.

Getting lenders to lend

When we wrote about the Housing Summit in September, we pointed out several things that had been attempted at correct housing thus far in the crisis. Once more, the current recommendations, The Five Point Plan, presented by NAR, is little more than a regurgitation of prior Calls to Actions, discussions, and lobbying efforts, which have been going on for years. It’s a total drag that NAR didn’t even mention job creation as any kind of a solution to the housing disaster.  Apparently it bears repeating: Without a job, without an income, no lender will… LEND. Not for a new loan, not for a refinance, and not for a loan mod. I get that housing our thing, but it is linked with every other sector of the economy. Until people can spend money on housing, until they can actually make a mortgage payment, it’s not going to get any better.

Recommendation 1: Do Not Risk Weakening Our Nation’s Housing Markets Any Further

Recommendation 2: Restore Vitality to Our Communities and Neighborhoods by Reducing the Foreclosure Inventory

Recommendation 3: Open Opportunities for Private Capital to Return to the Mortgage Marketplace to Foster New Demand among Responsible Homebuyers

Recommendation 5: We Call on the White House to Hold a National Housing Summit to Articulate a New National Housing Policy and Move the Provision of Housing to the Front of the Nation’s Domestic Agenda