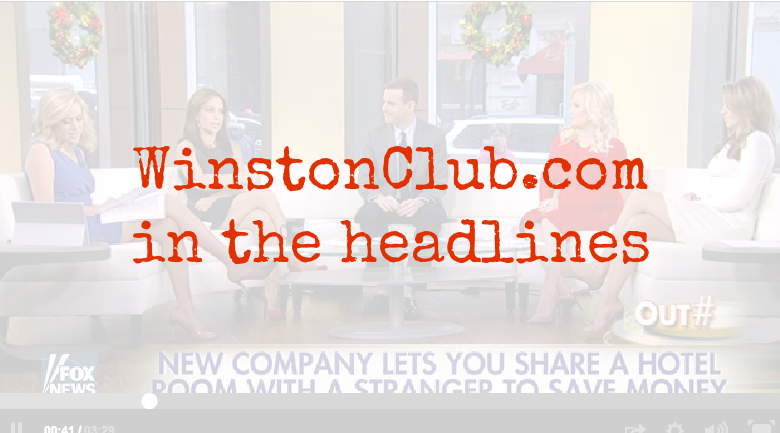 We’ve heard quite a bit lately about the startup that is set to launch in five cities soon, WinstonClub which seeks to help you save money on hotel rooms by pairing up with a stranger.

As the latest startup to empower the sharing economy, travelers can be paired after providing five forms of identification and passing a background check which includes video chats with WInstonClub.

WinstonClub founder, Bryon Shannon said in a blog post that he was inspired by his own travels. “I set out looking for a low cost option — somewhere I could share a space, perhaps meet someone cool, and then be on my way for the weekend. I messaged the few clean, close AirBnB spots I could find, and had no success. I certainly didn’t want to dish out $150 or $200 on a hotel room. Frustrated, I wondered why there wasn’t a way for me to split the cost of a room with someone else at one of the nice hotels nearby. There were plenty of open rooms available, and surely a good portion of them had two beds.”

On today’s Fox News broadcast of Outnumbered, the panelists discussed WinstonClub and appeared to have a unanimous negative take on the startup:

What Outnumbered is missing

They make valid points – it’s kind of creepy, it might be abused by people for hookups, and so forth. Further, it’s unclear as to whether or not hotels will even allow this.

That said, what they’re missing is two-fold: the sharing economy is expanding in new ways and consumers are on board (Airbnb, Uber, TaskRabbit, Poshmark, etc.), and conferences.

In the startup community, there are endless conferences that no one is footing the bill for, especially SXSW Interactive in Austin where thousands of people flood Craigslist begging for someone, anyone to share a room with them. WinstonClub is likely from this breed of folks that goes to endless tech conferences, racking up massive personal bills in order to expand their business.

To answer that demand, it appears they’re looking to help these people connect instead of spend time at a hostel (eww) or racking up huge bills. Simple.

Outnumbered made some great points that we agree with, but this is a simple matter of supply and demand, which the panel may not have been aware of.