I can’t ever think of a time that Brad, personally, or the Inman organization, have ever taken the position that real estate professionals are overcompensated.

In fact, if there is anyone in the English speaking world who has been working on "the Realtor commission issue" longer or more diligently than Brad Inman, I have to confess, I’ve missed them completely.  Good market, bad market – no matter – it has always been something that needs "adjusting".

INMAN: Yes. A big secret in the industry and, you know, I think in the eyes of the public is it’s all six percent. If they all charge six percent, by the way, the government has said that could be price fixing. If it’s you know — they have this informal agreement. So the first thing is, by law, it’s negotiable.
WILLIS: Well, I mean, is there information I should bring to that conversation and say, hey, I’m only paying you five percent or four percent?
INMAN: I think the important thing is to interview several so you can have leverage. You want the best realtor in your neighborhood or your forming area, but interview several. And then say to them, hey, I’ve got an offer here to do it for five percent. Will you consider that?  Some full-service brokers will turn you down, but I think you’ll find a good realtor if you — and also at a better commission if you’re willing to negotiate.

HomeGain is the Internet’s largest matching service for consumers and real estate agents. With HomeGain’s technology, a home seller or buyer posts a profile online, including information about the home they either hope to sell or purchase, price expectation, and qualifications of an ideal agent. The information is forwarded to real estate agents in the consumer’s zip code who, in turn, submit marketing proposals, which include the commission rates they charge to sellers. The agent-finding feature is free to consumers, who remain anonymous to the agents until they select an agent.
"The Web is definitely providing the cost savings home sellers expect in a transaction," Bradley Inman, founder and CEO of HomeGain, said. "And with a matching service such as ours, you not only save thousands of dollars but you get to choose your own agent. You’re not forced to place your number one asset in the hands of an agent that was foisted on you by some rebate-driven brokerage. You get savings and full service."

When it comes to tough negotiations, you may want to step outside your home. We’re taught to be polite to guests in our homes, says Brad Inman of Inman News.

"It’s tough to play hardball when your ten-year-old son is in the next room," he says. You may want to take your negotiations to your office, or a friend’s home.

Do you need a Realtor? and Do you need to pay 6 percent? And on the buy side, according to Inman, the Internet has become the de facto sales agent. "You’re now doing 90 percent of the buy side work yourself," he says. "That should reduce the 3 percent of the commission that goes to the buyer’s agent."

Some real estate Web sites offer sellers a chance to solicit anonymous bids from agents for the right to list their homes. According to Inman, forcing real estate agents’ hands this way has brought the commissions of his participating employees, all of whom must at least belong to the National Association of Realtors, down to 4.9 percent.  "These are top-producing agents," he says, "not weak-kneed low performers who need to get into the business and will discount their rates to do so."

There are lots more.  But I think you get the idea.  Mr. Inman was a major part of the mid 90’s Microsoft HomeAdvisor and in 1999 launched Homegain.  He has been working on "the problem" for a while.

What makes a top producer in real estate? 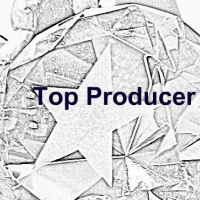 What makes a top producer?

Stop and think for a few minutes about who the top producers are in your market?

Ok, now think about what they doing that has allowed them to continue to consistently produce in a down market, when everyday REALTORS are throwing in the towel.

Every day I scan the MLS to see, what has sold, what is active, and what went under contract (I assume that is something most agents do every day.)

Over and over again the same names pop up as the listing agent with the home that sold or the actual buying agent that sold the home.

Except for one agent in my area, all the top producers have teams. Now it may be a two person, husband and wife team or a well oiled team with a team leader, several assistants, a listing coordinator or a closing coordinator. But, they all have HELP.

In my area, the names that keep popping up are on Teams. I believe it is virtually impossible to be a top producer without help. Well, you could do it alone but if you do how is that effecting time with your family? Realistically how many transactions can you juggle and give good service?

The second thing I notice about those top producers is the fact that they treat their business like a business. Real Estate to them is not just selling a house, but something they brand, allocate resources for, grow and manage. Not only are they thinking of ways to grow their business but they also thinking of the future and how to sell it down the road.

I remember being told by a entrepreneur friend of mine years ago, “all businesses are built to be sold.”

Far to many REALTORS, think of Real Estate as a job they do and someday when they retire then all the hard work of creating and nurturing relationships they have built is gone. (I’m outta here)

One other observation I have observed with top producers is they are focused and positive. I never see them “hanging out at the office”, or attending broker opens, or really for that matter, serving much at all on their local boards. Oh there are a few, but really very few.

Finally, I don’t see many top producers in my market on Twitter, Facebook, Empire Avenue or other social media sites during the day. I don’t see them at every conference known to man around the country.

Think of the top REALTORS in your market, what characteristics do you see?