Last month I spent a day at a seminar for real estate agents. The hotel I stayed in was packed with other real estate agents all attending the same event and following dinner, I went to sit down in the packed lounge. Tables were filled and there were very few empty chairs, however one nice guy, we’ll call him John Doe,  invited us to join his table.

This article was first published here on September 09, 2009.

Poor John… can you imagine poor John’s surprise when he realized that his business trip coincided with this huge real estate extravaganza?  He was surrounded with 100’s of those in the real estate industry.  And guess what?  He wasn’t a huge fan…he didn’t really like real estate agents.

John Doe Has Some Questions

When I sat down initially we talked about family, our kids, their ages, and then of course – ‘what do you do?’ came up and I could sense the hesitation when I gave my occupation.  He was really pleasant and I think he genuinely was curious to hear my answers to some of his questions.  As we talked, another agent had just joined our table and conversation.

John said, “It doesn’t seem right to me.  Our last home purchase, I did all this research and found the homes we wanted to see online and the agent just showed them and got this big paycheck.  Can you explain that to me?”

Of course, I have a lot of knee jerk responses to this question but instead I really wanted to know more about what he had experienced.  Sadly, my agent counterpart took this on as a challenge.  Clearly, it had become her goal to convert our John Doe friend before the night was over.  I admit I did withdraw from the conversation a bit as she worked her magic and he glanced over at me periodically with eyes glazing over.

No Conversion That Night…

…and not likely ever.  Poor John may have been one lone voice in a sea of Realtors that night, but the reality is, he is very common.  His perception of our industry is pervasive and was probably only further validated that night by the verbal barrage of justifications he received from my agent counterpart.   Yet, I know that his one question is the tip of the iceberg.

The Perception Versus The Reality

Maybe that’s all true – I don’t think that it is – but the fact is that it really doesn’t matter.  We can debate it with the same verbal justifications that John Doe heard that night or we can really hear our consumers and respond in ways that provide real tangible value and real industry change.

I cringed a little when I saw the cover to our local association’s publication.  I know the idea of promoting the value of a ‘Realtor’ has become so important but I think it’s fallen on deaf ears.  While I know how hard many of us work and I know how dedicated we are, I also know that if John Doe were to read that cover, ‘The hardest working letter in the alphabet,’ his eyes would surely roll.

When the industry starts to hold itself to a higher standard, when we as agents start providing real value rather than marketing pieces dripping with ego, when we talk less and listen more, when integrity begins to be more that a catch phrase on our cards, only then will we see the John Doe’s of the world not cringe at a hotel filled with real estate agents. 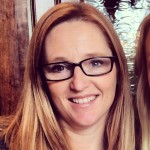