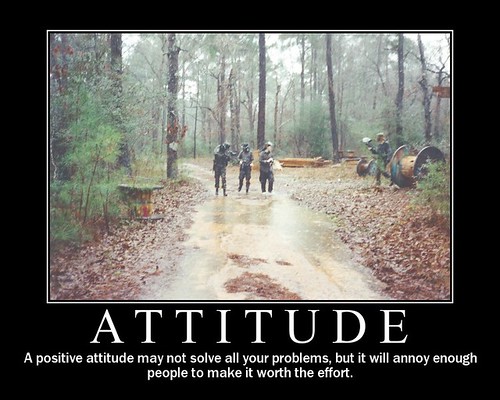 A Tale of Two Blogs

I am pretty new to the bologsphere or blogiverse or blog-o-rama (pick your favorite) so I jump around a little to see different approaches to blogging and to see what different topics seem to have some “buzz”. Imagine my surprise when, in a short time, I run across two blogs in two different locations, about two completely different subjects that strike me as nasty– nothing that I think is worthy of a second thought and yet they both stuck in my mind. As they whirled around in there, I finally realized what it is that keeps me coming back to both of them. It seemed to me they both exploited the blogging platform to make the writer’s pet position seem superior by denigrating the subject of the post.

In one of the posts, written on Redfin’s site by Carol Hian was a post about Kris Berg and her husband, agents in San Diego who worked for a competitor whose business model was more traditional. The post I read by Ms. Hian was condescending, sarcastic, cruel, and written from a position of unwarranted superiority.

I understand that this blog was a response to a blog by Kris Berg about Redfin regarding a new service they were introducing called “Redfin Select”where buyers could be taken on tours to see homes by Redfin’s agents. That blog used the USDA meat grades as an analogy to the Redfin Service, and was critical of Redfin’s new service. I could understand why an advocate for Redfin would want to respond.

I don’t know either of the agents involved, and they are a continent away from my market. Yet I found Kris Berg’s blog to be less offensive to my sense of fair play. In her blog, she discusses a business model, not personalities. Agree with her or not, the conversation is about how a company does business, not about personalities. The rebuttal should be the same.

In Ms. Hian’s blog, the attack felt personal. The author calls them Barbie and Ken, and castigates the Berg’s efforts in organizing a canned food drive, faulting them for not providing “can openers, a cooktop and plasticware”. She goes on to say

Barbie and Ken have accrued quite enough wealth of their own and could easily throw a gracious party. Yet, they choose to feed on the wealth of others instead

This was, I understand to compare the canned food drive to a party organized by Redfin as a thank you to their customers and clients.

The reaction of the blogging community was pretty quick. By the time I had read the blog, the author had been dismissed from their position at Redfin, and the company’s CEO had written a blog apologizing, though the offensive blog was left up in the interests of transparency . Though the blog is still there, a disclaimer has been added to the top of the blog explaining that this was a post that was not in keeping with the company’s policies.

And Another Attack Began

So a little later, I come across a blog on the BloodhoundBlog by Barry Cunningham reviling NAR . The post, entitled “The National Association Of Realtors Announces That The Typewriter Is State Of The Art Technology” was an unwarranted , and more importantly inaccurate attack on NAR and 2007 President Pat V. Combs.

This post mocked NAR and Past President Combs for a video posted on a new website called NAR Confidential which NAR ” designed to educate our membership about technology-related topics and investigate how NAR can best use Web-based technology to communicate with members.” Loosely translated, this was a new communication initiative – an experiment.

The fact that NAR has set up a website utilizing streaming video, soliciting videos from members, podcasting to iTunes, and using a Commoncraftexplanation of Podcasting to help members understand the podcasting process is laudable, but not the focus of the post I read. There are no Kudos to NAR for trying to reach out to the members in an inventive manner. Instead the focus of the post is about the presence of a typewriter in the office of an NAR Past President.

When Pat is not donating her time to improve the industry as a member of NAR, this 37 year veteran of the real estate industry is Vice President of the 2nd largest Real Estate company in Michigan. That makes her company pretty succesful in their marketplace don’t you think? In a video showing the technology being used by one of her offices, she shows us electronic lock boxes, laptops, desktops, faxes, copiers, color printers, multi-function (copier/scanner/fax) machines, and a typewriter, discussing how all of these things are used by the agents in her very successful company.

Cunningham’s blog states,”There you have it. For all of us who did not know, it is the typewriter that no real estate agent can do without because you simply can not fill out forms in any other manner. Ummm…okay“. That isn’t what was said in the NAR video (though this fiction does make for better reading then the reality).

The truth is that during the tour Pat makes the comment, “I think all real estate offices have typewriters because there are a lot of forms and a lot of deeds and a lot of things that you have to prepare, that you can only do on-site on a typewriter that you can’t do on a computer” At the same time a balloon appears on the video that says “the first commercially successful typewriter was invented in 1867 “. Now I consider myself technologically savvy, and no one loves new toys or applications more then I, but I have to reveal a terrible truth to the world – I own a typewriter! And I don’t care who knows it- Is that really so terrible? In our company, we found out a long time ago, that having new technology doesn’t mean you need to get rid of all the old technology- sometimes you do need those things.

I don’t know what Mr. Cunningham’s issue is with NAR. On BHB he is listed as a “Real estate Broadcaster and Investor”. I only know what I have read of his, and he may have some background which makes him an authority on what it takes to run a successful real estate office or a large Trade Organization. But he seems to have very little first hand information on the workings of NAR or diversity of the business operations of its members. In response to one of the comments on the post that asks his relationship to NAR he says ,”I don’t have a relationship with NAR nor do I desire one”. Its a shame that this articulate writer feels that its better to criticize NAR then it is to contribute to an organization that does so much for our industry.

As I said, I’m the new kid here, and he seems to be well known as a blogger. But picking on NAR is easy because its an organization, and organizations that are not designed for the specific purpose of communicating in this arena don’t have a blogger alarm that goes off every time that an inaccurate comment is made. Maybe posts like these are just about creating controversy, but I don’t believe that controversy for its own sake helps anyone. I do think in this type of arena, you might recognize someone of something for their efforts rather then jumping to criticise or denigrate the effort that they made.

Can’t we all just get along?

Look, I’m a fan of controversy, and I’m not saying that anyone should abandon their position or that reasoned articulate disagreements are not enjoyable to participate in or to observe. Nor do I think that NAR, or any company, agent or business should be exempted from discussion or above criticism, but I do think that there should be some standards.

It is so easy to take swipes when you speak as an individual on the Internet. And so much harder for someone to respond on behalf of a company or an organization. After all they need to be not only articulate but well reasoned and factual, because they are not speaking for themselves, they are speaking for the larger group and therefiore have an obligation to act responsibly. As we saw from Ms. Hian’s dismissal, individuals speaking on behalf of an organization need to be mindful of that organization’s position before they begin to rant.

I think all of us need to be balanced. Not impartial, but balanced. As I said earlier, I don’t know much about the participants in the Hian controversy so I’ll use the NAR situation to illustrate my point since I’m more familiar with that.

I am a big supporter of NAR. I believe in the organization, and its role in making the industry better. I believe that our staff is exceptional and that they work diligently to improve the industry and provide meaningful and important services to the membership and the public. I also believe that the individuals who volunteer are are working hard to keep the organization effective and bring a tremendous amount of practical real estate experience to their efforts at NAR. I also believe that most people that criticize the organization often do so from an abysmal lack of knowledge about the organization. But none of that means that someone else can’t have a valid viewpoint, or that we might not have an articulate and respectful disagreement.

All I ask is that if you quote somebody or something, don’t paraphrase them unless you identify it as your paraphrase. When you take a position, articulate the position and your suggestion for reaching some objective. Try to acknowledge the position of the other party even when you disagree, and demonstrate some understanding of the challenges of the person or company or agent or organization even if you oppose them.

It might be easier to write something negative or critical, but I have to believe that well reasoned, substantive discourse provides more for all of us. I think that our readership deserves more then a sharp staement that has form without substance.

In this article:blogging, NAR, Redfin, Technology