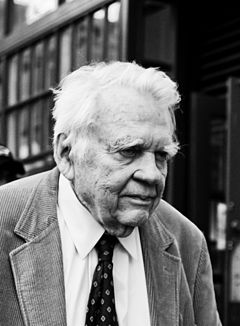 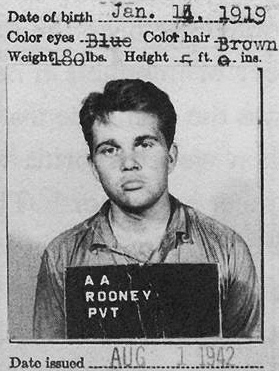 Andy Rooney, America’s “grumpy uncle” has passed away, leaving behind a legacy of humor as well as serious commentary. Rooney was known for his rants while remaining famous for his impactful comments on everything from cookies to racism.

His career was blemished with various slips of opinion, most notably against homosexuals in 1990 and racist remarks in 1992, but it was always hard to criticize as it was Rooney himself who was arrested in 1942 for protesting by sitting in the back of a segregated bus (his actual arrest photo is on the left).

Rooney was hospitalized at the end of October with complications following a minor surgery, and passed away on November 4, 2011, at the age of 92, just about a month after his last appearance on 60 Minutes. Rooney is survived by his four children- Brian, Emily, Martha and Ellen. Rooney’s wife of 62 years, Marguerite, passed away in 2004.

Rooney leaves behind a legacy of being the grumpy old man that everyone loved to make fun of, but secretly agreed with most of the time. Anyone who has studied journalism has Rooney to thank for opening the editorial doors wide open.

Americans lamented his loss and praised his career on Twitter: 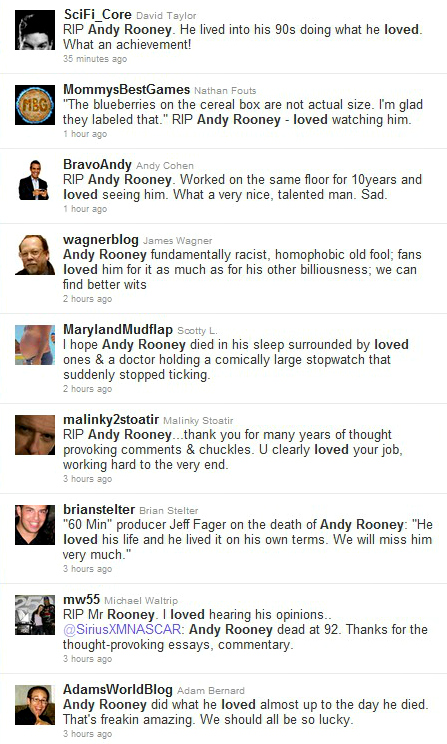 In the spirit of his kooky sense of humor, we send him off with a garbled Rooney impersonation by a kiddo:

In this article:News, News