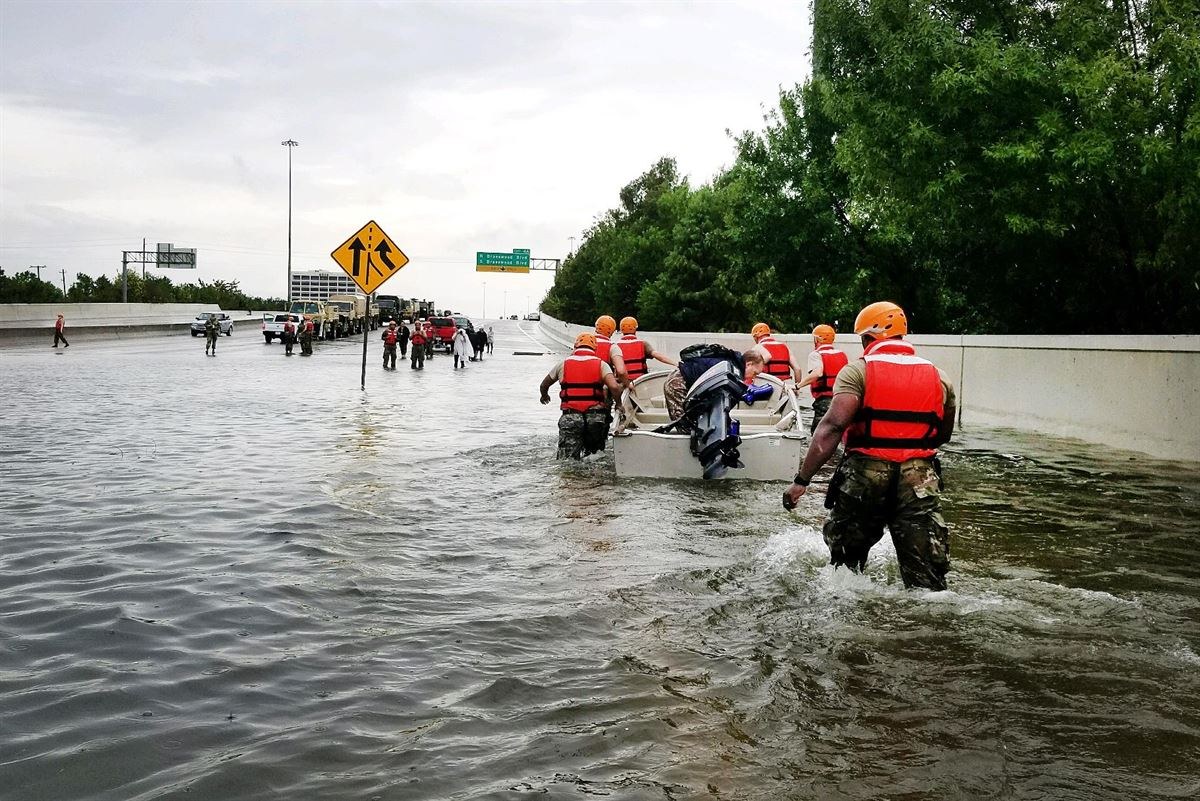 As Hurricane Harvey approached the third coast, the storm system started dumping water. Houston, the 4th largest city in the nation, saw up to 51 inches of rain which is more than the booming metropolis sees in a year.

Immediately droves of people descended upon Houston to aid the relief and rescue missions that began almost as quickly as the storm did. What was the game changer though, was technology and the ability to get information to people, fast.

In 2005, Hurricane Katrina devastated Louisiana, more specifically New Orleans. Even though it was a Category three storm, the storm surge it produced was one of the worst in history. Katrina was responsible for more than 1,800 deaths.

As of publishing, Hurricane Harvey has claimed the lives of 40 people. Let’s break that down.

A vast majority of people have either forgotten or have just omitted that the storm tore through Texas’ coastal cities first. Corpus Christi, Rockport, Port Aransas and several others saw unprecedented destruction. Add those cities populations to Houston’s, a city with a population of more than two million people, and the fact that the death toll is not in triple or quadruple digits is astonishing.

Again, I will pose that this number is so ridiculously low due to technology. I’m from Houston, so I feel like I have been immersed in all of the rescue stories. (side bar: Don’t even entertain the idea that all 2M people should have evacuated, I’d like to remind you of 2008’s Hurricane Rita where almost one hundred people died in their cars, stuck in evacuation traffic).

The Harvey stories I keep hearing and reading are stories of 911 not being able to respond.

The 911 operators were so overwhelmed with calls that some people in need of rescue called local restaurants for help.

A former high school teacher of mine detailed her 34 hour stint as a dispatcher on Zello, a walkie talkie app that connected countless souls to the Cajun Navy and other rescuers.

Hell, two guys I grew up with saw the need for rescuers to get connected to rescuees and created an open source website that allowed those in need of rescue to upload location and other vital information so that rescuers could asses and see who was in their immediate area and save lives.

The future is now

When Katrina hit, touch screens were still a pipedream, the only people who had internet on their phones were people who had Blackberry PDAs, and snake was the only app available. Coding was as obscure as the Cubs winning a World Series and Facebook was barely a year old.

Go from that, to 92% of Americans having cell phones (two-thirds of them owning a smartphone) all with data with the ability to communicate through text, talk, and thousands of apps. In the wake of the storm people have been using Facebook to find missing loved ones, Waze to update road conditions, Twitter to organize efforts and plain ol’ texting to check in with friends.

As Hurricane Irma threatens Florida, Hurricane Katia looms just south of Texas near Mexico and Hurricane Jose makes up its mind on where it will go, it is my sincere hope that people were paying attention to Texas last week.

Houston put on a clinic on how to act in a natural disaster. Houstonians showed the country (and the world) how to rally together, regardless of religion, race, or creed, to make a difference. Houstonians also showed how putting the proper systems in place can, and will save lives.

In this article:harvey, hurricane, tech matters, The News