This is the basic message I got from my broker when I told him the lovely bride and I were leaving the Century 21 Mothership to start our own brokerage.

When we told him we were opening a “virtual office” brokerage, he shook his head and launched into why we were doomed for failure.

This from the man whose usual greeting for me was, “Still doing that blogging thing Thompson?”

This from the man who set up his office firewall to block Facebook, MySpace, LinkedIn, YouTube, Twitter and every other social network/web 2.0 thingy you can name. (What he should have done was uninstall the Solitaire game on the floor desk PC. God only knows how much office productivity would have increased.)

His reasons for our impending demise?

1) People expect a successful agent to have a physical office.

2) You’ll never be able to recruit agents without providing them something tangible, “like a desk”.

4) And most importantly, “You need the Century 21 name. Or at least the backing of a major brand.

1) I guess some people do expect a successful agent to have a physical office. Just like some expect a successful agent to drive a new Lexus. Personally, I can’t recall the last time I met a client in the office. And if someone is going to judge me by my office or the car I drive, then they can just scoot right along to the guy in the Armani suit or the lady with the bouffant hairdo. More power to ’em.

2) Something tangible. LIKE A DESK? I don’t even know where to start with this one. Our business model doesn’t including hiring every being that walks thorough the front door with a license and a pulse. We plan to hire a very limited number of experienced, tech savvy agents that place value in growing the business together and have the same attitude that we do when it comes to what is most important to us — superior customer service. That’s just a wee bit more important than a desk.

“But how will you charge desk fees without desks?” That’s easy, we won’t. I can’t seem to explain to the man that we don’t want to fleece agents with desk fees and ridiculous commission splits. We’ll have minimal splits, just enough to cover overhead costs (which, ahem, are greatly reduced due to the fact that we don’t have a physical office and all the expense that entails). The money is to be made through organic growth of an extremely satisfied customer base. A customer base that all the agents in the brokerage will work toward building.

But maybe he’s right. Maybe it’s not all it’s cracked up to be.

4) Big brand? OK, maybe being associated with a major brand is important for a new agent. We have web and blog pages that are high on page 1 of Google for search terms like, “Century 21 Phoenix”, “Phoenix Century 21 agent” and dozens of such terms. So what. The number of visits from those terms is less than 20/week. And I could count the number of clients we’ve received from them on less than one hand.

What did I get from being a C21 agent? 6% franchise fees extracted from my checks, an overbearing relocation department with arcane rules, the right to use the logo and gold colored sign posts. What a deal.

So where am I going with this ridiculously long diatribe?

I’m not writing this to gloat, or to imply that I’m better than some major franchise. Nor am I saying that any agent working for a franchise or in a traditional office is inferior. Far from it. There are some fabulous traditional offices and brokers out there and there are incredibly progressive agents wearing balloons and gold jackets (though not likely at the same time).

Where I’m going with this is there is an alternative to the traditional brokerage business model. One does not need to hire dozens of agents, provide half-assed training and hope enough of them squeeze out a transaction or two all-the-while with enough sense to not get you sued.

Personally, I think a successful brokerage (or individual agent) can be made by going back to a very traditional thought and practice…

Provide superior customer service. Period. Focus on that. Live that. Worry about little else. Use technology to provide you the efficiency to dare I say — pamper — your clients. And I don’t mean pamper them with a warm Corinthian leather seat in your Lexus. I mean pamper them with the education, tools, advice and counsel they need to make their real estate transaction not just smooth as a baby’s buttocks, but also fun and exciting.

Do that, and watch your business go viral with word-of-mouth buzz and endorsements.

That’s not really all that “high tech” now, is it? 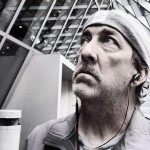 Jay is the Broker / Owner of Thompson's Realty in Phoenix, Arizona. A self-professed "Man with a blogging problem" he can be found across the Interweb, including at the Phoenix Real Estate Guy blog where he opines on all things real estate and tosses out random musings.