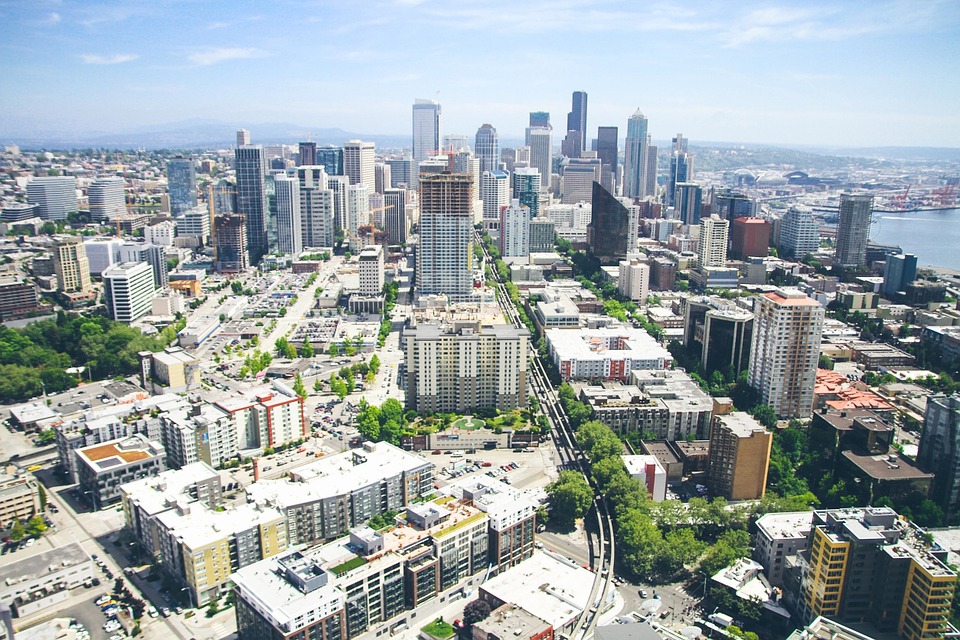 Grow where your dollar counts

It’s no secret that San Francisco, Los Angeles, and New York are major hubs for new startups, but they can be incredibly expensive cities in which to live and grow a business. From the cost of a cappuccino to the need for a wired office phone (based on relative cell phone coverage), every dollar counts for startups. So why not pick a city that makes it easy to hit the ground running?

Read also: Teleport helps you find the best place for you to live AND work

Nerd Wallet surveyed 381 Metro Areas in the U.S. to figure out which ones were the most nurturing to foundling companies. Their analysis included the number of people between the ages 25 and 34, the median income of the area, unemployment rate, and cost of housing. They also looked the ratio of businesses to people and the amount of new small business loans each area administered. The results are surprising, and may have you packing up your cold weather gear to move inland and scout for office space.

And the results are…

10. Missoula, Montana
With the most businesses per resident, Missoula starts our top ten. It has few young professionals even though it is home to a small university. It has a low median home price, and incomes that won’t blow your socks off. It also touts the lowest population of all the top ten metro areas listed.

9. Fargo – North Dakota – Moorhead, Minnesota
Dust off your North Dakota accent, because Fargo is the place to be. There aren’t a lot of startups here, but the networking is top notch. Food startups don’t be shy, Fargo is home to some new craft beer bars, and cafes.

8. San Francisco – Oakland – Hayward, California
Don’t bash San Francisco’s home prices just yet; the Bay Area still has a lot of perks. Not only does it have the highest median income, but the number of primo colleges in the area produce a sharp workforce.

7. Seattle – Tacoma – Bellevue, Washington
While this seems like the place to be for a lot of new startups today, Seattle may not be your best bet. While it still ranks number 7 in the entire country, Seattle has the highest unemployment rate of the ten contenders, and doesn’t give out a lot of small business loans. Still, the median home price is a whopping 350k which, for a startup city by the ocean, is not that bad.

6. Fort Collins, Colorado
With a lower unemployment rate and cheaper real estate than Denver, Fort Collins comes up short by offering a lower percentage of young labor. Still, Colorado is hard to beat on the whole, coming up with three separate areas that are prime for brand new businesses.

5. Denver – Aurora – Lakewood, Colorado
A short commute from its higher scoring neighbor, Denver still has a lot to offer a new small business. It tends to be less expensive than Boulder and has more young residents.

4. Austin – Round Rock, Texas
The hometown of The American Genius and the Texas Longhorns, this state capital does not disappoint. Not only does it offer a smorgasbord of recent grads hungry for jobs, but it has also allotted a huge percentage of small business loans as well.

3. Salt Lake City, Utah
Salt Lake City ranks highly in a lot of categories. Not only does it have a good amount of young educated people, they have lots of businesses per capita, and strong cell coverage. This isn’t just for tech startups though – craft breweries have been popping up ever since Utah loosened its strict alcohol standards a few years ago.

2. Minneapolis – St. Paul – Bloomington, Minnesota
The twin cities are home to a ton of huge companies. From Target to Best Buy, small businesses here won’t be lacking for local mentors. The city is full of millennials and its real estate is cheap. Don’t forget to splurge for heat and air conditioning in your office space; the temperature swings can be brutal.

1. Boulder, Colorado
Of the areas polled Boulder, Colorado topped the list. Not only is it surrounded with gorgeous scenery, but Boulder has the highest number of college-educated residents, AND the most amount of businesses per capita.

Where are you planting the seed?

If you’re starting a new business every penny counts, and success might mean moving to one of these cities to get it started. That doesn’t mean you can’t succeed anywhere, though. With the right idea, work ethic, and talent, there’s no stopping you! Some places might just make success a little bit easier. And who doesn’t want starting a startup to be easier?

In this article:Business, list, startup, The News, top cities