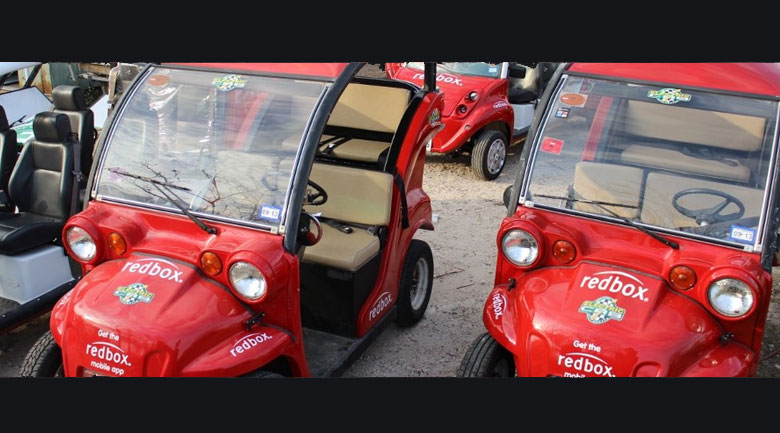 Have you ever had a genius idea that you wanted to get to market, but knew there would be challenges? The Electric Cab Company of Austin knew they would be challenged as they launched, but had no idea it would be five years of city council meetings and hundreds of tickets to finally get to where they needed to be. Their tale is fascinating and inspiring to any business leader considering a brave move.

Their story begins in 2008 when Electric Cab Company owner, Chris Nielsen began offering free rides to downtown bar hoppers and people who couldn’t hail a cab back to their car because it was too short of a fare. The company had sponsors that were happy to advertise on their golf carts, drivers that were happy to give free rides in exchange for tips, and riders that loved the simplicity of the zippy service and the affordability of the setup.

They were shut down, even though people loved it

The company was doing well, but the City of Austin shut them down, taking on the attitude of “since no one is doing it, it must not be possible.” The company offers the Wright Brothers as an example, as they innovated and changed the world without waiting on the establishment and regulations of the Federal Aviation Administration.

But even as they struggled to get the city to approve their application for an operating permit, they continued offering rides, albeit in a more limited volume. They racked up 227 tickets for operating, despite meeting federal safety regulations for their vehicles. 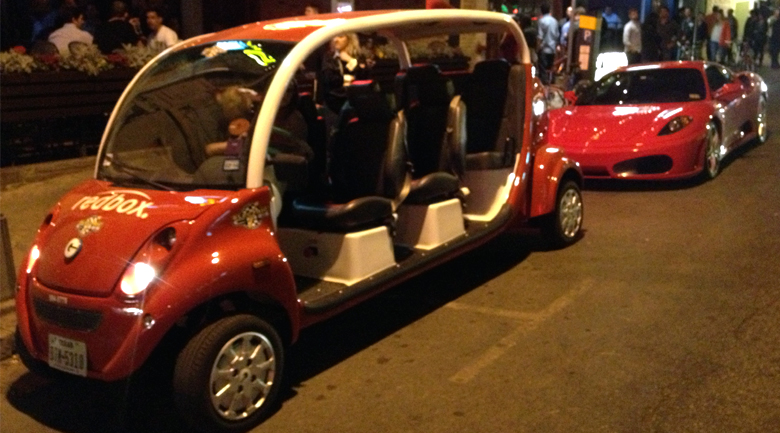 Who was fighting against them at City Council?

The taxi cab and pedicab industries consistently showed up to argue against the Electric Cab Company’s operation, but the City granted them a temporary provision to operate, they built a fleet of eight vehicles that were all tricked out, and ultimately the City revoked their license to operate, so they had to sell their fleet.

Enter Gadget Green Solutions who invested in the company, and after extensive research, the two came together to build new vehicles to address the City’s concerns, and a new fleet can handle pot holes, have improved batteries, and more features the company is still working on.

All 227 tickets were dismissed

Gadget Green Solutions CEO, John Ponce DeLeon tells AGBeat that all 227 tickets have been dismissed by the City and they are now in operation with their new fleet, debuting their six seater electric vehicle at the SXSW Conference, which was a hit with attendees, and the impromptu secret weapon for several celebrities who could get around faster and easier than limo services who had to wade through endless traffic.

After years of endless City Council meetings, the new and improved vehicles are on the road, and now operate as the next generation of advertising, with some vehicles fully wrapped by a sponsor who pays a monthly fee, and LCD screens inside of the vehicles “get in the face of your customers, in a good way,” the company likes to say.

Advertisers can skip print and opt for a dynamic ad they can change weekly and promote specials, even including a QR code to take riders to a coupon or their Facebook page.

The company will eventually expand outside of Austin, but they anticipate they will see the same resistance in other cities. Ponce DeLeon said, “we will eventually take on that challenge of breaking down the barrier of various transportation departments.”