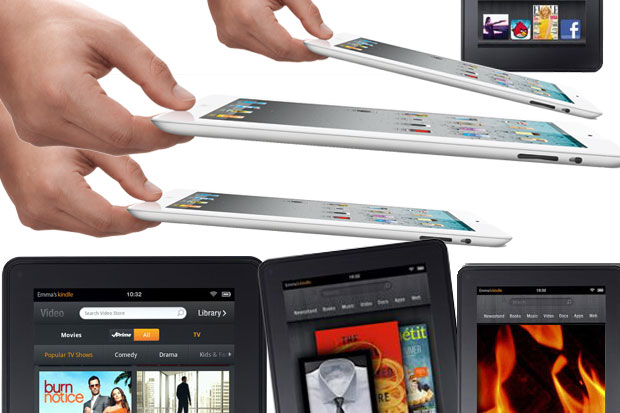 According to comScore, Amazon was the most visited online this Black Friday followed by Walmart, Best Buy, Target and Apple. Various reports indicate that Apple sales broke all of their Black Friday records by 7pm on Friday after forecasting sales four times more than normal. Modest discounts were offered at Apple which boosted MacBook Air sales in particular, additionally fueled by all web sales performing well this year.

Kindle sales were reportedly four times greater than last year, fueled by the addition of the Kindle Fire sales to the lineup with  Target claiming the Kindle Fire was its best selling tablet on Black Friday despite the retailer also selling the Apple iPad.  The release of the Kindle Fire has led to price reductions of the e-readers produced by Kindle to below $100. Amazon reports that it was common for consumers to purchase more than one Kindle Fire.

While overall retail stats are not in, everyone from IBM to ShopKeeper are lining up to provide general retail stats which one economists notes is flawed data, therefore, we should stick to each retailer’s reports until later this week.