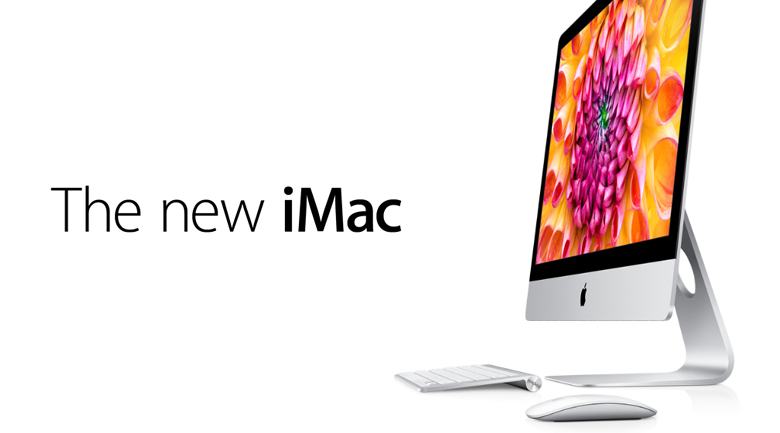 iMac put to the test, passes with flying colors

Announced last week, Apple released the 21.5-inch iMac with the 27-inch version shipping later this month. While the smaller of the two can be purchased in Apple Stores now starting at $1299, the larger version, starting at $1799 ships prior to the end of the year, says Apple. The release dates are much later than technologists originally anticipated.

According to Primate Labs, the new 21.5″ iMac has made substantial improvements in performance compared to previous generations of iMacs. The company was only able to analyze the 21.5-inch iMac, as the 27-inch model does not ship until later this month. Interestingly, however, the new 21.5-inch model scores nearly 25 percent higher than its counterpart, outperforming even the 2011 27-inch model by nearly 10 percent. 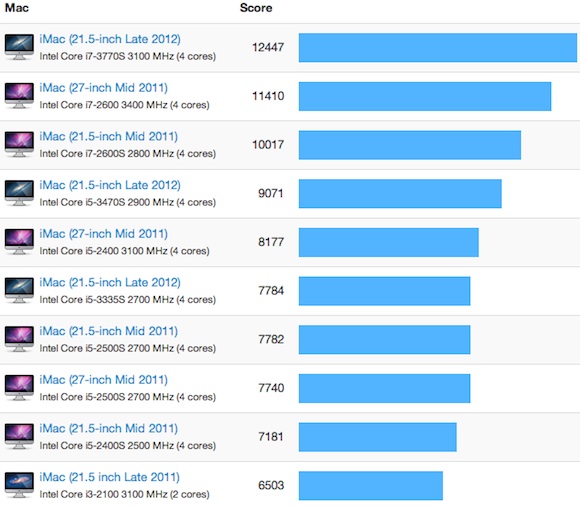 Primate Labs also compares the 2012 iMac to the Mac mini and Mac Pro, revealing that the mid-range Mac mini is faster than the mid-range iMac, with a dramatic price difference between the two. The company asserts that early benchmarks prove the 27-inch model will outperform its 2011 counterpart by nearly 15 percent.

ifixit.com has completed a thorough teardown of the new 21.5-inch iMac, revealing its internal workings. The team found a smaller hard drive freed up space, the housing is now rubbery to reduce vibrations, and a single fan is now being used. Additionally, they found two microphones to improve sound quality.

The team was impressed, but not thoroughly. “The late 2012 iMac 21.5″ – code-named EMC 2544 – is an exercise in disappointment for us. We were quite worried when we saw that super-thin bezel during Apple’s keynote, and unfortunately we were correct: the glass and LCD are now glued to the iMac’s frame with incredibly strong adhesive. Gone are the lovely magnets that held the glass in place in iMacs of yesteryear.” 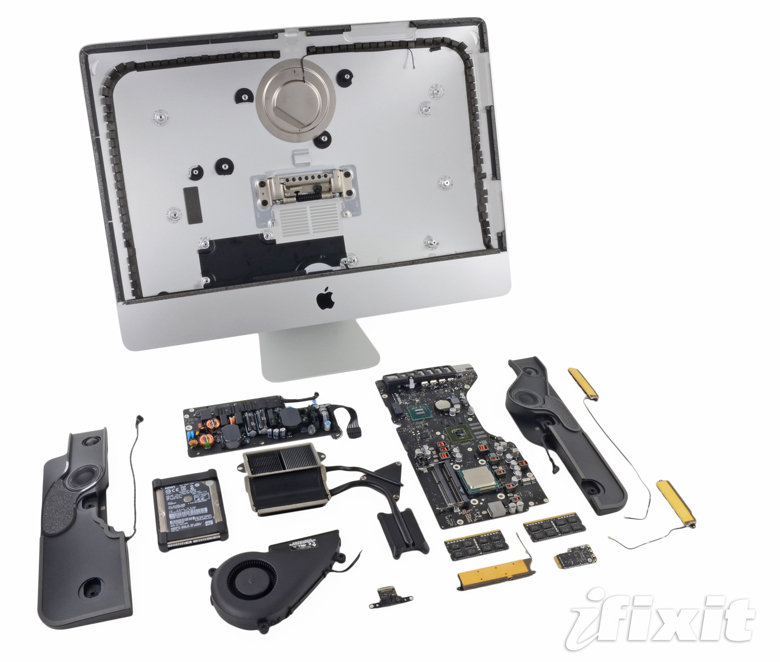 In addition to the glass and LCD being glued to the frame with ultra strong adhesive, making it difficult to repair, the CPU, RAM, and hard drive can be removed for repair, the entire logic board must be removed to do so, which is why the ifixit team gave the 21-inch iMac a dismal repairability score of 3 out of 10, down from 7 out of 10 for the 2011 model.

In this article:apple, imac, Technology