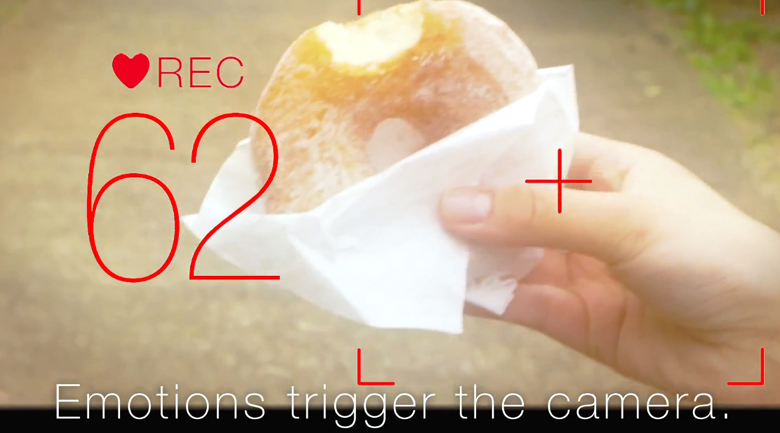 Neurocam – the latest in neuroscience technologies

Tired of holding up your iPhone when you want to capture a picture of something interesting, or just obsessed with adopting the latest technologies? Neurocam is similar to a Google Glass camera, but it is controlled via your brain waves. Neuroscience technologies for consumers is truly cutting edge. Neurowear headphones recently debuted at SXSWi in Austin, Texas and utilize brain waves to select a relevant play list or song from your iPhone, based on your mood. Brain wave technology is becoming increasingly popular, especially in Asian nations, where the newest technology is always a topic of conversation; hopefully the United States is not too far behind in interest.

A prototype of the Neurocam camera was recently demonstrated at the Human Sensing conference in Japan. The device consists of a halter type headband that allows your iPhone to be strapped to the side of your head. Then, brainwave sensors can make contact with your skin and measure you interest in the things you look at, based on how your brain responds to things you see. This interest is measured on a scale of one to one hundred and when you brain waves send out a signal of interest measured above sixty, the shutter on your phone is activated.

How it all works

How? The analytics algorithm is based on the sensitivity vales of “interest” and “like” developed by Professor Mitsukura of Keio University and were co-developed with the Neurowear team especially for the Neurocam.

If you are wondering how your iPhone can take accurate pictures from your point-of-view strapped to the side of your head, you are not alone. The answer is simple: Neurocam is fitted with a special prism that allows your phone to see what you see. Once your brain triggers the shutter on the camera, the footage is recorded as five-second GIFs, which will then be stored to your camera’s roll. This could be fun for frequent bloggers, writers, and parents because it could serve as a daily journal of what held your interest with a charming visual aid to go along with the story of your day.

Personally, I like the idea of this, but I worry, not only about looking silly with the phone strapped to my temple, but also, about the radiation produced by cell phones, especially if I am going to wear it all day. As with anything else, you will just need to weigh the benefits against the drawbacks and see if it is a good fit for you. Either way, it is definitely a new kind of futuristic cool that could indicate the next generation of predictive technologies.

In this article:neurocam, neuroscience, neurotechnologies, Tech