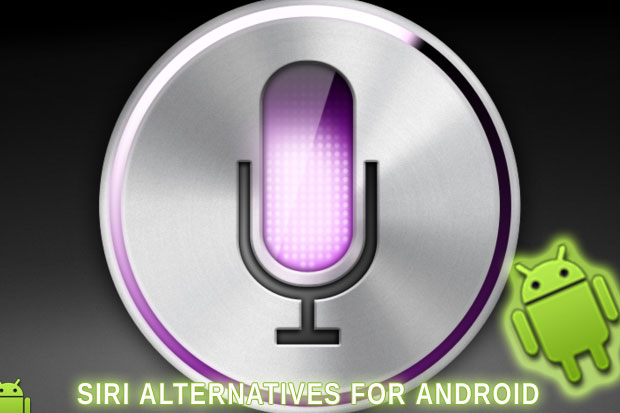 Control your smartphone with your voice

The Android versus Apple battle continues to rage on, and since Apple has released Siri and the iPhone 4S, it has only heightened the debate of which one is better between Apple and Android users. And even if Android users deny it, Siri has some pretty incredible things to offer its users. For starters, it is voice-activated. You can ask it to do pretty much anything within the realm of possibility for a phone, and it will do it. For example, you can tell it to text your mother about dinner on Sunday, and that’s all it takes. You can even ask Siri about the weather in a faraway place, if there are any local Italian restaurants nearby, or to remind you of an errand after you leave work.

Even though Siri is a useful tool for any business professional who owns an iPhone 4S, those who use Androids shouldn’t feel too left out. Here are four Android alternatives to Siri that are also voice-activated, and you don’t even have to switch to Apple to enjoy the influence of Siri. After all, it was released first.

Iris – Just like Siri, Iris responds to voice commands and even questions. One thing that makes Iris unique is that it was created in just about eight hours after the release of Siri. You can ask Iris whatever you want and it will always have an answer, even if that answer doesn’t make a bit of sense. Either way, it can be very entertaining and also helpful. It has the standard features of texting a message, calling a contact, and finding a contact in your list just by your voice commands. It also has the ability to search the internet for any information you request.

Skyvi – Skyvi is marketed as having its very own personality. It can tell jokes and even has a witty remark for nearly everything. Skyvi also enables you to access and update your Twitter and Facebook accounts by just using your voice. This app may be relatively new to the voice-activated Android scene, but its developers are continually making improvements. And if you’re looking to give your phone a little flair and personality, Skyvi might be the right choice for you.

AQ – AQ has a vast encyclopedic knowledge, including math, religion, history, the arts, currency conversions, and even recipes. All you have to do is ask or type it in and it will bring back your answer quickly. You also have the option to have the answer read back to you or you can just read it on the screen. While you can ask AQ any question, it doesn’t yet have the capability to text for you or control any aspect of your phone’s functionality.

Fake Siri – While you may see Fake Siri floating around for the Android, this app is just for fun. It doesn’t have any of the functionality Siri (or any of the above apps) has. While this app is good for a laugh, as many people are fooled by it and it tends to insult its user, if you’re looking for a real solution as a business professional, this isn’t it. All you have to do is read the comments from users of Fake Siri to know that it isn’t for the serious-minded business professional.

While the iPhone and Siri are dominating the current market, Android developers are doing their best to keep up with the competition. The above Siri alternatives are proof of that. And just because you chose Android over the more common iPhone, it doesn’t mean you have to miss out on new technologies; you just have to know where to look and how to use these alternatives for your professional needs. After that, staying organized and increasing your productivity is simple, easy, and fun.

In this article:android, iPhone, News, smartphones