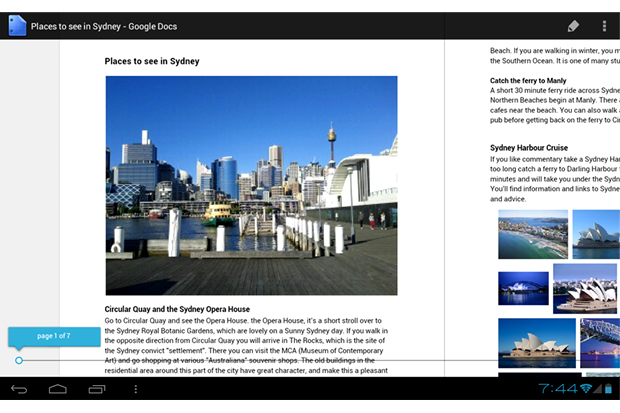 Android users that open their Google Docs on a tablet app will notice a few changes, and although minor, the aesthetic changes alongside the function updates make the app extremely useful for anyone who relies on their phone in the field while working, especially in rural areas that drop signals frequently.

First, Google has announced that Android tablet users will see a new reading layout so that when a Google document is opened on a tablet while online, a high-resolution version of the document is offered and swiping left and right flips between pages of the documents, or a slider at the bottom of the page can flip pages more quickly.

The big news for all Android users

In a statement, the company noted, “Even better, Google Docs automatically updates your offline files when you’re on Wi-Fi. You can also manually update files anytime you have a data connection by opening the file or tapping ‘Update’ from the Offline section of the app.”

This is an extremely useful feature for people who need to save a document and reference it while mobile, from lists of marketing tasks, team members’ contact information with notes, frequently accessed contracts, or simply a running list of notes kept updated through Google Docs.

Google is continuing their quest to be the sole destination for all web use, and while this isn’t exactly a headline grabber that trumps Facebook’s announcement of a $5 billion IPO, it is a minor tweak with a major impact for mobile workers.