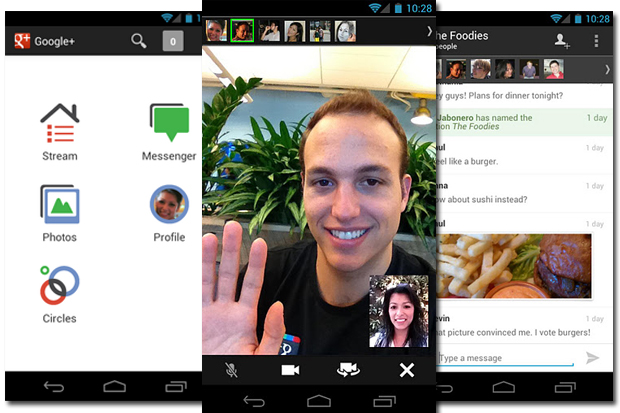 Google+ improving across the board

On the heels of the news that Google+ pages got a major upgrade to allow up to 50 administrators, and that the social network improved notifications and added volume control for circles, Google+ is announcing updates to its Android app.

Now, in the updated Google+ Android app, users can start a hangout from a Messenger conversation to include up to nine friends no matter where you are. This feature has been teased by Google+ and people have been asking for it, so this is welcome news for power users and regular users alike and could help spread adoption of Google’s social network. Photos are now designed differently in album view and there are new icons that show which photos have been uploaded to Google+ through Instant Upload.

The downside to downloading the Google+ app is that it is a sizable file which is a challenge for already taxed devices that come preloaded with large apps and some users complain that using the app drains their batteries. Regardless, for professional that are highly leveraged in the social network, these updates make using the app worth it independent of the pitfalls.