Watch out Siri, Iris is hot too

Although the new iPhone 4S is surpassing Apple’s iPhone sales records, many opine that it is because of “Siri,” the voice activated personal assistant that runs your iPhone for you (make calls, set reminders, ask questions, all without touching the keypad).

Dexetra.com developers set out to build a Siri alternative for the Android and a few hours later, Iris (Siri written backwards) was born, and they have released a very beta product to the public that allows users to ask a question and the app will search the internet for the answer and respond accordingly. They set out to have a little fun, but within hours of their release, the tech world lit up. Could this hurt iPhone sales, they ask?

Developer Narayan Babu said, “When we started seeing results, everyone got excited and started a high speed coding race. In no time, we added Voice input, Text-to-speech, also a lot of hueristic humor into Iris. Not until late evening we decided on the name “iris.”, which would be Siri in reverse. And we also reverse engineered a crazy expansion – Intelligent Rival Imitator of Siri. We were still in the fun mode, but when we started using it the results were actually good, really good.”

Iris can be downloaded in beta and the app will go public out of beta later this week. 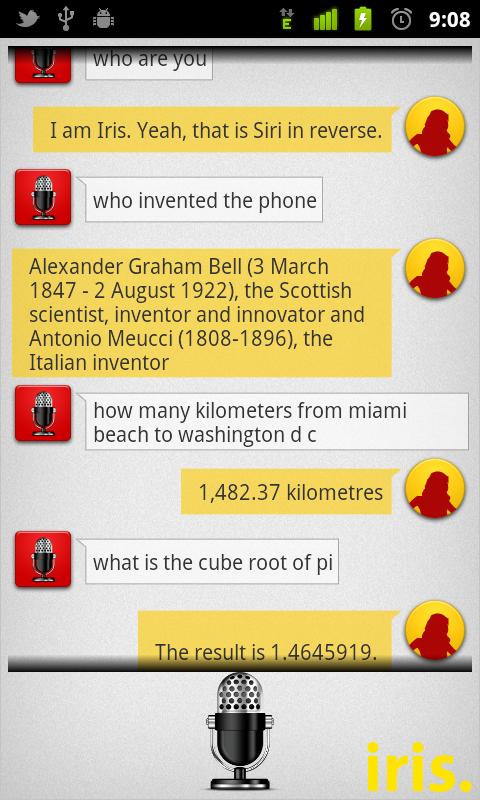 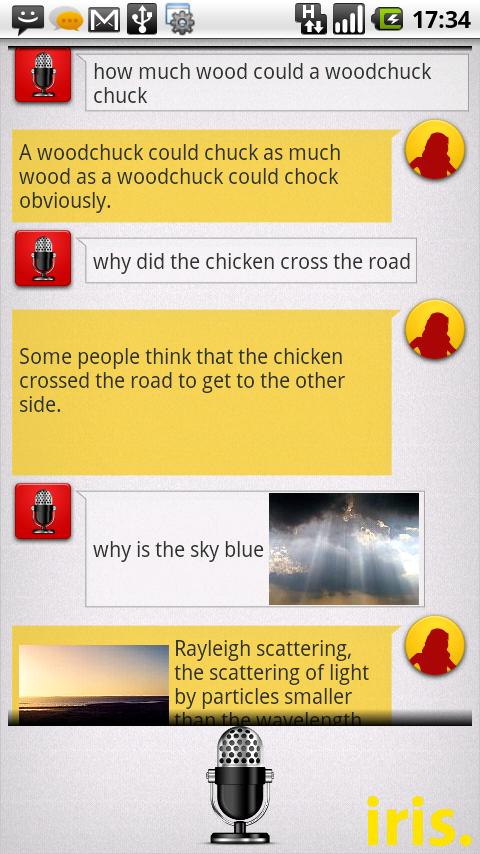