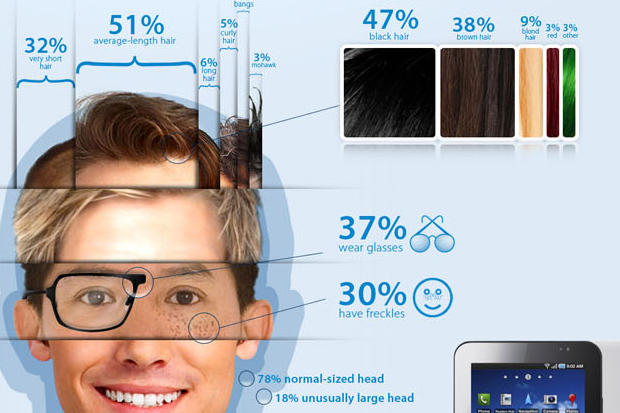 You can see what the average iPhone user looks like by going to an Apple store the day a new device comes out, but what does the average Android user look like? Through a non-scientific poll compiled with Nielsen data, BlueStacks determined that the typical Android user is a younger male with average features.

Most have dark hair of average length, wear t-shirts and jeans, with nearly half wearing a watch despite having the time on their Android. One in three have zero paid apps downloaded to their device, 62 percent play games on their device and only two out of five user their Android for work. The average data consumption is 582 MB each month.

Roughly half wear sneakers, very few wear flip flops and most (63 percent) have a significant other.

How do you compare with the average Android user? Tell us in comments if your attributes are anywhere near the typical Android user.

In this article:android, infographic, Technology