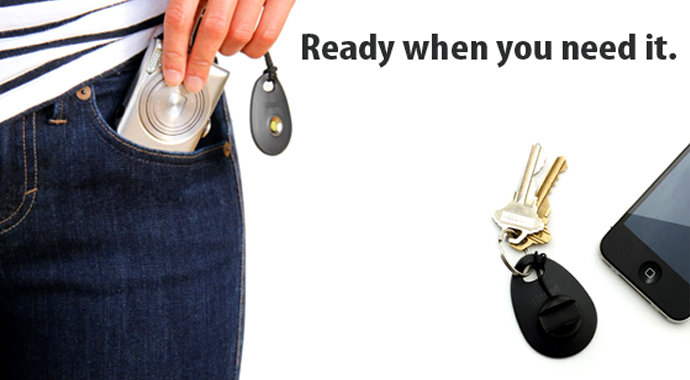 A major challenge for iPhone owners that are among the millions that frequently share photos from their phones is the balancing act of self timing photos – right now, we balance our smartphone on anything available, risking it falling and breaking. Tiltpod for cameras is now tapping the Kickstarter community for funds to begin production of an articulating (moving around so that you can tilt your iPhone various directions and it will keep its position). As shown in the video above, the Tiltpod is basically a pocket tripod that fits on your keychain.

Because Tiltpod has already achieved their goal of $10,000 from Kickstarter pledges, they will be funded and say they can begin production as early as this month. The project is still open for backers, starting at $10, and pledges get in on the first shipment of the Tiltpod for iPhones.

The company says, “The compact design features a quick-connect magnetic ball pivot that attaches to the base for an instant hold at just about any angle. The grippy base allows you to quickly adjust and get perfectly framed shots, even on uneven surfaces. Enjoy hands-free movies, FaceTime and more.”

The company points out that they are not a self-timer app, so they point users to some free and some paid apps: Camera Awesome, Photo Timer, Auto Shutter, Gorillacam and Camera+. Additionally, because the Tiltpod uses magnets, they should be kept separate from credit cards, but they say the magnets will not harm memory cards or your iPhone.

While most of us at AGBeat are Android users, we must say that we are green with envy, as the Tiltpod for iPhones solves a huge problem for the travelers and socialites in our group who are often forced to settle on sharing photos on Facebook with heads chopped off or so crooked it looks like it wasn’t balanced on a table, rather it was taken by a drunk passerby.