I am the smartest man in the world, for I know one thing, and that is that I know nothing. Give yourself a few bonus points if you know who I just quoted and consider that my disclaimer. I’m about to do something that I’ve done before and I’ll probably do again. Perhaps it’s because of Seth Godin and his “challenge the status quo” approach, but I question things. I don’t always do things simply because that’s the way they’ve always been done. I want to know why we do the things we do. And today, I want to know why an open house is seen as such a necessity.

Now, let’s not get into how to host an open house the right way or how to effectively market your open house. That’s been covered wonderfully by Ken Brand and you can read it right here on AG. When I host an open house, that’s a post that I’ll be consulting. There’s also an article in the current issue of REALTOR® Magazine called “Open Houses that Work.”

The Debate at Hand

It seems that a lot of the reason we hold open houses is to catch the looky lous who don’t have an agent yet. So essentially, we’re not so much marketing the house we’re holding open as we are prospecting. That’s all well and fine with me, but let’s focus on the core intent of an open house – to market the listing and get it sold! Besides, I don’t think it’s all that effective for prospecting looky lous either. Getting a neighbor who is looking to sell their home might be the most likely scenario. But again, let’s focus on the immediate home selling results of an open house.

The Reason to Ruminate

I’ve seen it said that buyers browse open houses. Do they? I’ll tell you what buyers do browse – the internet. 90% of them if you like numbers. For more numbers, consider this. According to NAR’s 2009 Profile of Home Buyers and Sellers, 77% of home buyers purchased their home through a real estate agent or broker. So what does that mean? That means that 77% of buyers had the privilege to request a showing with their agent, thus eliminating the need to make it to an open house. They can see the house pretty much anytime their little heart desires. I can see why that would decrease any sense of urgency a buyer has to get to an open house, can’t you? Why do I need to go to an open house with other people when my agent can show me the house tomorrow on our own time?

Hey, I’m an honest guy. If you can change my view on open houses, I’ll gladly tell you I’ve seen the light. But don’t do it just for me. Do it for the others who are reading this post and wondering the same thing. If we’re doing this mainly for prospecting, then say we’re doing it mainly for prospecting. There’s no shame in that, whatsoever. But, do we still believe buyers look for open houses? If I was looking for a home today, I would search online, narrow down my list, and seek out an agent to show me the houses I want to see.  I wouldn’t worry about an open house when I can see the house anytime. Isn’t that how a large percentage of buyers did it in 2009? Wouldn’t you think that number will go up in 2010?

What’s your philosophy on open houses? Effective as ever or gone the way of the dodo bird? Does your open house success come from actually selling the home or from gaining potential leads via the open house? Or have you struggled to see success with open houses either way?

Don’t be afraid to spill the beans. You might be saying what someone else is thinking. The comments are waiting. 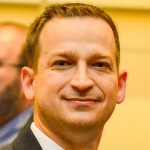 Michael is a copywriter turned social media maniac who digs marketing. A graduate of the University of Alabama, he has a degree in advertising with a minor in psychology. His theory: combining traditional advertising and old school values with the technology of today is a great way to go about your business. So what's he doing here? He's a real estate agent trying to find his way. He's taken his license and marketing ideas to @Homes Realty Group in Huntsville, Alabama. He's here to learn from you, the AG community, and hopefully share useful information with you in return. You can find Michael talking marketing at MichaelBertoldi.net and his real estate blog is ThisisHuntsville.com