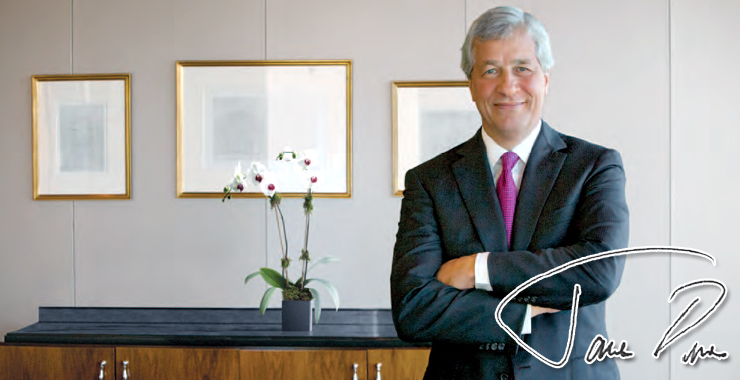 Jamie Dimon, CEO of JP Morgan Chase, the largest bank in America, has sent a 38 page letter1 to shareholders explaining his personal take on earnings, the mortgage crisis and his opinion on the real estate economy. In full detail, Dimon explains why mortgages stalled their profits and dives into how deep the mortgage crisis truly has been, wrapping up with notes on signs of improvement in housing – we offer highlights of the letter below.

A shortfall in profits

Dimon writes, “The main reason for the difference between what we are earning and what we should be earning continues to be high costs and losses in mortgage and mortgage-related issues. While these losses are increasingly less severe, they will still persist at elevated levels for a while longer.”

The extent of the crisis

The mortgage crisis has hit several sectors, particularly banking. Dimon opines, “Many of the financial crises of the past hundred years around the world were related to real estate. Real estate was not the only culprit in the recent crisis, but it certainly was at the eye of the storm. I suspect that the mortgage crisis will be the worst financial catastrophe of our lifetime. What the world experienced was almost a collective brain freeze…We need to write a letter to the next generation that says, ‘Never forget: 80% loan to value and verify appropriate income.’”

Dimon writes that “clearly, it was not our finest hour,” but adds that Chase was “one of the better actors in this situation – but not good enough; we made too many mistakes. We generally were a better underwriter. We did not originate option-ARMs. Many of our problems were inherited from Bear Stearns and WaMu. Even our subprime mortgages outperformed most other subprime mortgages. Early in the crisis, we also stopped dealing with mortgage brokers, some of whom underwrote the worst of the mortgages and probably missold mortgages more than most.”

“But we did participate in this disaster by originating mortgages that wouldn’t have been given a decade earlier (and won’t be given a decade later),” said Dimon. “And when delinquencies and foreclosures grew dramatically, we were ill-prepared operationally to deal with the extraordinary volume of troubled mortgages and upset borrowers. Our servicing operations left a lot to be desired: There were too many paperwork errors, including affidavits that were improperly signed because the signers did not have personal knowledge about what was in the affidavits but, instead, relied on the company’s processes.”

The historic $25 billion mortgage settlement2 between the government (state and federal) and the five largest mortgage servicers, which according to Dimon has led to Chase agreeing to pay $1.1 billion in cash payments to 50 states, some of which will go to borrowers, $500 million to refinance underwater borrower, and $3.7 billion additional relief (principal reductions, short sale assistance, etc.). The banks have agreed to a set of enchanced standards for servicing, including contact requirements, staff training, and document execution.

Although Chase is often in the spotlight for wrongful foreclosures and misteps, Dimon advocates for “strong reform” in his letter. “JPMorgan Chase has consistently supported higher capital standards, more liquidity in the system, a Resolution Authority to better manage and unwind large financial firms, better regulation of the mortgage business, the clearing of standardized derivatives through wellstructured clearinghouses and even stronger consumer protection (however, we thought this should have been a strengthened department inside the bank regulator).”

Within Chase, Dimon says the company is doing the following to try to “properly and fairly deal with delinquencies, modifications and foreclosures:”

Dimon writes, “This is a miserable situation all around, but we want our shareholders to know that we are trying to treat every borrower fairly and properly based on the individual’s situation and circumstances.”

Although Dimon is harsh in his assessment of the mortgage crisis, it isn’t all doom and gloom. He writes, “Housing is getting better – there, I said it. However, if one looks at the leading indicators, all signs are flashing green – the turn is coming if it is not here already. We don’t want to be blindly optimistic, but the facts are the facts… More jobs, more households, more Americans, good value – it’s just a matter of time.”

“The mortgage business is important,” asserts Dimon, “that’s why we are going to stay in it.”